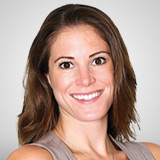 Data revealed that German consumer confidence was set to recover in March after collapsing due to the pandemic. The GFK survey showed that confidence is set to rise to -12.9 in March up from -15.5 in February amid optimism surrounding the vaccination program and hopes of a speedy economic recovery.

The data comes after German GDP data yesterday for the final three months of the year came in better than forecast. The German economy expanded 0.3% quarter on quarter in Q4, ahead of the 0.1% initially estimated.

Today, business sentiment data from the Eurozone is due to be released.

Later in the session European Central Bank President Christine Lagarde is due to speak and could offer fresh impetus for the common currency.

The US dollar is trading lower across the board on Thursday after more dovish commentary from the Fed. Federal Reserve Chair Jerome Powell appeared for the second day of the testimony before Congress. Federal Reserve Vice Chair Richard Clarida and Lael Brainard spoke at the same event.

All three were on the same wavelength and stuck to the Fed’s dovish hymn sheet. Whilst recent improvement in the US economic outlook was acknowledged the policy makers also emphasized that the data would need to improve significantly from here before any decisive action would be taken. All three then emphasized that the US economy was still a long way from inflation and employment goals.

There is plenty of data to keep investors entertained. US durable goods orders, US GDP the second reading for the fourth quarter and the usual weekly jobless claims will be in focus and could move the US dollar.