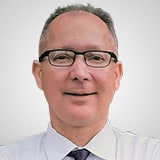 In my “reversals” charting grid, seven-of-nine understudies indicate a reversal rally, countertrend buy point here on a daily chart for indices. It is merely an opinion, but the studies that show bullish divergence in groups of three are ADX, MACD, Triple-CCI, Mass Index, Money Flow Index, OnBalance Volume, Williams’ Percent, Bollinger Band Percent, and Chaikin Money flow (13 setting).
As a cautionary note, the Yearly chart is bearish with an extreme reversal candle so far. Similarly, Crude Oil has an inverted hammer so far that, if halfway up the green candlestick’s tail were the downside target, its two-year target price is near my dream-state premonition price of near-$50/barrel in summer 2024.

My last article described my visions of a mining operation in an icy cold place, possibly Europe that started rather innocently but may deteriorate into a human/workers’ rights issue with regards to working conditions; as a nurse, I care about the people and do not like blood on mine-shaft walls, even if only in my brain-injured premonitions. International Council on Mining and Metals’ sustainable and responsible development with its list of dedicated mining companies comprising nearly one-third of industry subsectors is the opposite. Gold prices, also on a reversal rally technical setup may act as a proxy for the metals/mining sector, including rare earth, and lanthanide-series elements in my visions such as Cerium, etc. that are found in Mongolia, Europe, California, and Brazil.

My last article entitled, “Dogs of the Dow for Dog Days of Summer “predicted bullish market character for the most part, and one of my space-weather-related down day projections worked (August 22) when the trendline broke to the downside. I was wrong about Bitcoin being bullish but directionally correct on the Euro and Crude Oil. For August 2022, nine of ten projected ranges were printed.