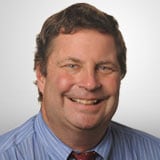 Stronger US growth and booming domestic energy production will pull the greenback higher in the long run, says David Callaway, editor-in-chief of MarketWatch.

Whither the dollar? We’re here with David Callaway, who’s going to tell us what he sees as the future of the dollar.

You know, the dollar’s been maligned for more than 15 years now. In fact, it’s gone in the opposite direction of gold, which has had one of the great boom markets for any investors who are lucky enough to be in it.

But things change, and if you look at markets over the long term, you see that everything runs in cycles. Gold had a cycle in the early 1980s, and then it was dormant for 20 years before it rose again. The dollar’s been down since the Clinton administration, and it’s getting to be about the time, I believe, that we’re going to see a resurgence in the dollar.

It’s popped up a little bit in the last 12 months, 4% or 5%, which is its first real growth in 12 years. Partly because of the Euro weakness and in China, but mostly because of the US economy starting to grow again. And so I think as the US economy continues to grow, I don’t think it will be hit by turmoil in Europe or slowdown in China to the extent a lot of people do.

But most importantly, I think we’re hitting an era in the next ten or 15 years when the US could possibly become energy independent. The rise of things like fracking and shale natural gas and some stuff could create an independence for us which will vastly change our deficit situation—60% of which is export oil, is energy export related. When that happens, the US could somehow find itself in a healthy fiscal situation. That’s huge for the dollar.

So I think this is not a short-term play. Currents in markets are very dangerous. Anything could happen to the euro, Japanese yen, with the carry trade. But on kind of a longer term, I think we’ve seen a bottoming in the dollar, and it’s going to continue to increase over the next few years.