The Next Big Move in Forex 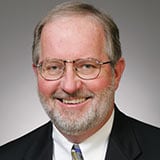 The yen has fallen from near record highs and shows no signs of stopping, says Dennis Gartman, but he warns that major currency moves take time and are rarely straight lines.

What do you think about currencies? What’s the individual investor's play on currency? Or is there one?

The interesting thing about currencies is that there are so many of them, and you can trade one against the other.

Pairs, we call them. Those of us who are professionals at it, we call them crosses. We cross one currency against another.

I’m heavily involved at this point, have been for months, and expect that I shall be for the future until it stops. Crossing yen against dollars—not just the US dollar, but yen against aussie dollars, yen against kiwi, yen against...

Yen against Canadian. And then I play around. Sometimes if you’ve seen the Canadian dollar weaken relative to the aussie, I may buy a little of this, sell a little of that. But on balance I am long dollars, I am short yen, and it has been working. The best that one could do is think that that which has been working likely shall continue to work.

You’re good at this, very good. Yes, until it doesn’t. Those crosses likely will continue until they don’t.

Recently, we’ve seen the yen trading just under 80 yen to the dollar, and I started to get quite bullish on dollars generally against yen and started telling people I think this could go past par, 100 yen. Actually, I think it can go to 150 yen to the US dollar, but it’s going to take six, seven years. This is not something that’s going to happen by next Tuesday. Currency moves tend to be glacial, very slow.

The problem can be that they’re also highly levered. You can do like 100:1 leverage, so you have to be careful. Most of the time, most people would do well to trade no more than a 50% margin.

I think you can take dollar-yen from right now: we closed above 91 yen to the dollar. I think we’re going well past 125. And to think in those terms that sounds to somebody who is new to the business...the young kids in the foreign market think you can move 8 yen, you can move 15 yen. Well for somebody who has seen it move 200 yen, that doesn’t look like such a big move.

The Week Ahead: Currency Wars and Commodities

Is it Time to Short the Loonie?