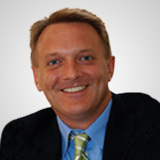 Pfizer (PFE) is a global biopharmaceutical company engaged in the discovery, development and manufacture of medicines and vaccines, observes John Dobosz, editor of Forbes Dividend Investor — and a participant in The Interactive MoneyShow Virtual Expo on Sept. 15-16.

Pfizer’s major brands include Prevnar 13, Xeljanz, Eliquis, Lipitor, Celebrex, Pristiq and Viagra. Eight of Pfizer’s drugs each bring in more than $1 billion in sales, and no individual drug accounts for more than 11% of total sales.

As generic competition heats up on drugs that have lost patent protection, sales can ebb before the next blockbuster is marketed. Revenue totaled $49.2 billion over the past 12 months, and was fell 11% year-over-year in the second quarter and.

For the current year, revenue is expected to come in at $48.7 billion, with earnings of $2.68 per share, down 9% from 2019.  Compensating for the sluggish near-term results are valuations that are more modest than they have been on average over the past five years.

Pfizer’s big wildcard is its Covid-19 vaccine candidate, which it has been developing jointly with German biotech company, BionTech (BNTX). This week, Pfizer CEO Albert Bourla said that results of phase three trials of the vaccine that began in late July should be available by the end of October.

The mRNA-based vaccine is one of three backed by the U.S. government, which has promised to pay Pfizer and BioNTech $1.95 billion for 100 million doses of their vaccine if it proves safe and effective.

Burnishing Pfizer’s appeal is its 4.2% dividend yield, and its dividend history since 1986. Dividends have grown 8.3% annually over the past decade, with the next quarterly payout of at least $0.38 per share coming up at the end of October.