It's a "New World" for the Dollar and Euro 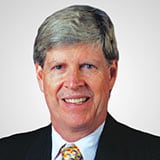 There is $250 trillion of debt in the world, much of it denominated in dollars and much of that held outside the US, observes Michael Murphy, editor of New World Investor.

The dollar may be the healthiest horse in the glue factory, but the demand for (1) a safe haven; and, (2) dollars to pay back debt means the greenback can go up sharply for the rest of this year.

There is an easy way to take advantage of this:

Buy the Invesco DB US Dollar Index Bullish Fund (UUP). But even better, you can put a small amount of money into UUP calls. We cautions that these can expire worthless, so appropriate position sizing is a must!

Meanwhile, the euro may be a dead man walking. The essence of the euro is — was — open borders, central control of debt limits, and a single currency. All of those are failing pretty quickly.

The European Central Bank removed the limit for its bond purchase program, allowing the central bank to purchase unlimited amounts of sovereign debt. Countries are limiting or blocking visitors from other countries and migrants are being parked in holding camps.

There are two easy ways to speculate on a decline in the euro. The ProShares Short Euro (EUFX) exchange-traded fund does what it says, for a 0.97% expense ratio.

Or you could buy puts on the Invesco CurrencyShares Euro Currency Trust (FXE). In my model portfolio, I am buying puts on this fund. Again, however, this is a speculation that can expire worthless, so don’t buy more than you can afford to lose.

Will Beyond Meat Get a Bounce Out of Meatballs?
14 hours ago

Beyond Meat (BYND) has always had a good story and rapid growth, and now the stock — which is ...

European bourses are seeing an upbeat start to the week, boosted by a strong close on Wall Street on...