Breakout Expert Tunes in to Netflix 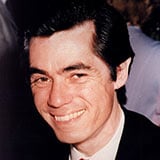 Netflix (NFLX) is a market leader; the company is benefiting from people having to stay home to avoid the virus. Thus, they are watching more of the service's shows, observes Leo Fasciocco, a technical breakout specialist and editor of Ticker Tape Digest.

The company's members can watch original series, documentaries, feature films, as well as television shows and movies directly on their Internet-connected screen, televisions, computers and mobile devices. NFLX has members streaming in over 190 countries.

This year, analysts are forecasting a 45% jump in net to $5.98 a share from the $4.13 the prior year. The stock sells with a price-earnings ratio of 66. That is high but okay given the earnings growth rate.

With the favorable sales in the current quarter, the earnings estimate should get moved up. Quarterly earnings growth will be strong and show an accelerations. Net for the first quarter should leap 113% to $1.62 a share from  the 76 cents the prior year.

The company beat the Street estimate the past four quarters by 78 cents a share, 42 cents, 4 cents and 19 cents. The news of good sales should prompt analysts to raise their quarterly estimates. Looking out to 2021, the Street predicts a 41% gain in net to $8.45 a share from the anticipated $5.98 this year.

NFLX's daily chart shows the stock climbing from $280 back in December to a peak near $395 by February.

The stock went into a base. However, it was dragged lower during the recent market selloff.

The stock has since cleared its breakpoint line, with a breakout from its 9-week, cup-and-handle base. The stock's momentum indicator is strongly bullish. The stock is most suitable for aggressive bulls. We are targeting NFLX for a move to $480. A protective stop can be placed near $380.