Odyssey: In Search of Earnings Growth 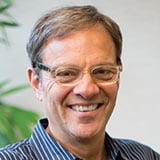 The fund casts a wide net that includes all market sectors and market capitalizations, but tends to focus on large-caps. Earnings growth and that’s POGRX’s bailiwick. Earnings growth has come to the fore this year and rescued the bull market, as stirring inflation, a brewing trade war, rising interest rates, geopolitical uncertainty, and other headline risks threaten stocks.

Joel P. Fried, POGRX’s lead manager since October 31, 2004, has given priority to large-cap stocks but he’s not averse to including small- and mid-caps.

In the health sector, Fried pinpoints promising biotech firms that are small enough to afford outsized growth but not so large that they approach stodgier Big Pharma size. He also looks for biotech firms with fast earnings growth projections that are leavened with strong balance sheets.

POGRX’s top holding is Nektar Therapeutics (NKTR), a biotech that develops pharmaceuticals for cancer, auto-immune disease, and chronic pain. Nektar is a research-driven company with a pipeline that’s loaded with promising drug candidates.

The fund’s second largest holding is Abiomed (ABMD) which produces medical devices that assist or replace the pumping function of weakened hearts. It also provides continuum of care to heart failure patients.

Micron Technology (MU), coming in at number four, provides semiconductor systems and is well-positioned in such hot areas as autonomous cars, artificial intelligence, machine-to-machine learning, the Internet of Things, virtual/augmented reality, and the cloud.

Most investors wouldn’t associate airlines with high earnings growth, but Fried shares the assessment of super investor Warren Buffett that airlines are underappreciated and poised for fast growth.

The average analyst expectation is that corporate profits this year will continue to rack up double-digit gains. This upward trajectory of earnings growth gives POGRX plenty of room to run.