The QuantCycles Oscillator is indicating that EWC—the ETF tracking Canadian stocks—is due for a rally, notes John Rawlins.

The iShares MSCI Canada ETF (EWC) tracks mid- and large-cap Canadian stocks and is seen as a proxy on the Canadian economy.

It is often tied to the energy world as the Canadian economy is strongly tied to energy production. While crude oil has come under pressure over the last month, mainly due to US-China trade issues, there are sign of bullish fundamentals, that would be positive for the EWC.

The EWC has been trading in a range for most of 2019 after rebounding from the Q4 2018 shock (see top portion of chart below).

The QuantCycles Oscillator has reflected this, but recent weakness in the EWC has pushed it near oversold territory just as the oscillator is turning bullish (see weekly chart). 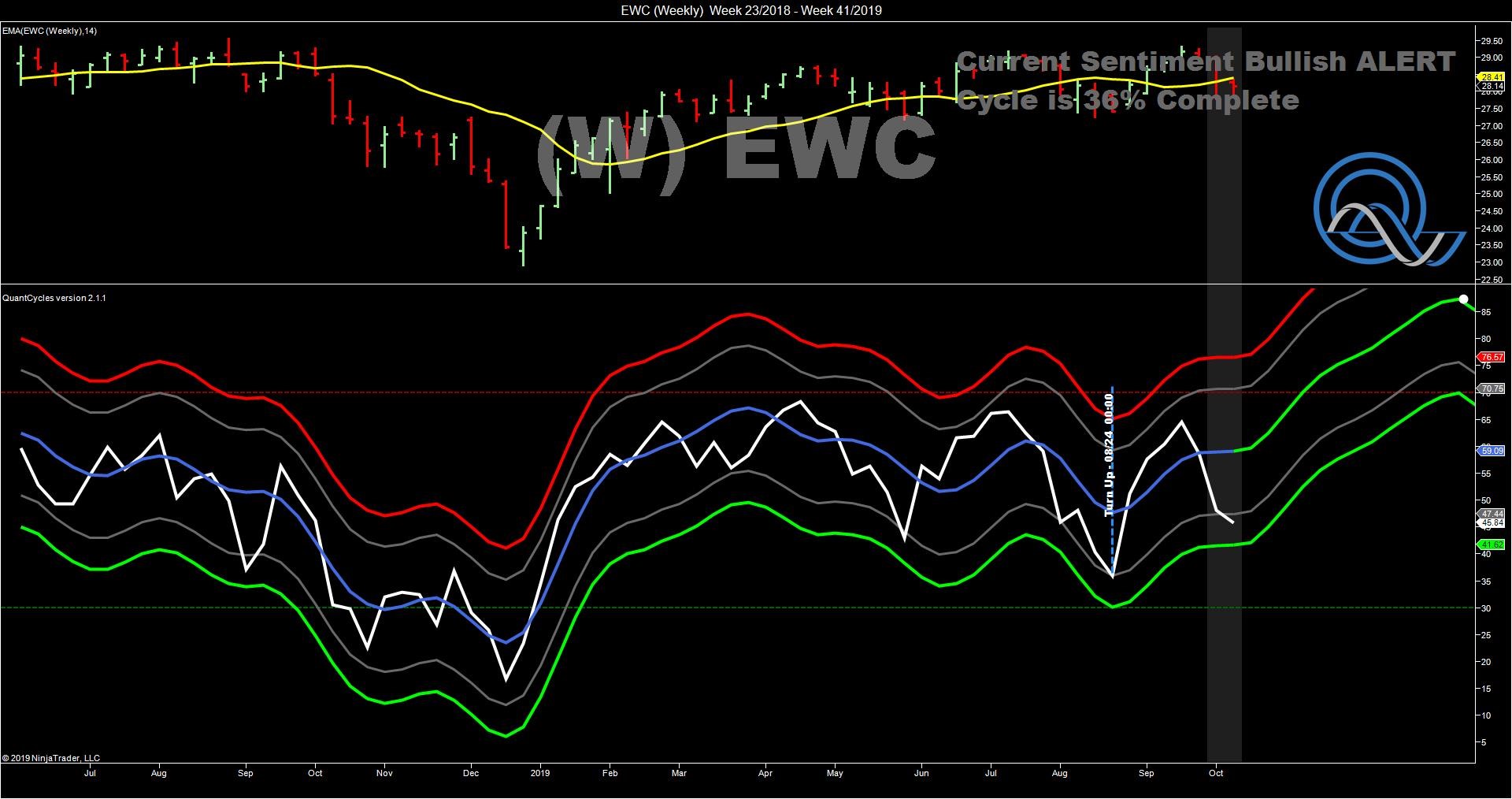 This is a major long-term buy signal in the EWC, so let’s dig a little deeper.

The QuantCycles daily oscillator does not appear as oversold as the weekly but is showing that EWC is hitting a bottom and is likely to reverse higher (see chart).

If this buy signal is a little early, there is strong support at the 2019 low, which will provide some extra protection for long positions.

The 240-minute oscillator indicates that EWC has already turned. It touched on major oversold territory with last week’s low and is projecting a steady rise higher. 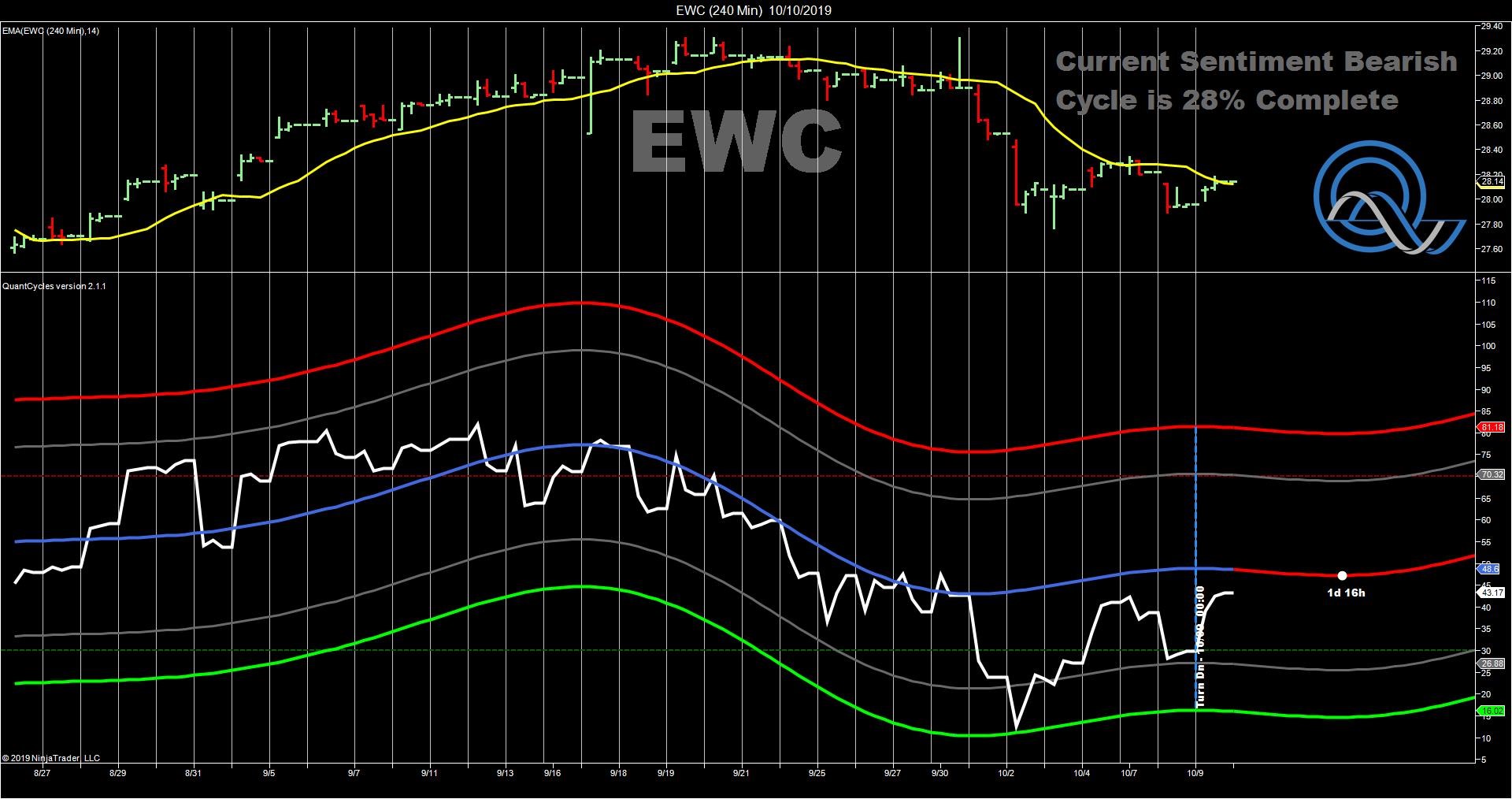