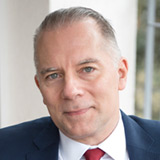 Ross made his first investment in the London-based shipping company Navigator Holdings Inc. (NVGS) in November 2011, after bringing the company out of bankruptcy.

Fracking and other technologies had unleashed an energy revolution across the globe. Production of LNG (liquid natural gas), LPG (liquid petroleum gas), ethane and ethylene exploded in North America, the Middle East and Russia. As demand for volatile oil and gas products soared, so did the need for broad-based shippers able to transport them. Navigator Holdings was just such a specialist shipping company.

Ross’ restructuring efforts at Navigator Holdings are paying off. On March 1, the company announced a profit of $0.14 per share in the prior quarter. That result was double Wall Street expectations of $0.07 per share.

The stock soared a whopping 27.27% percent the very next day. Even after its recent run-up, Navigator Holdings remains a very cheap stock. It currently trades at a low P/E of 12.39x. Its price to book value ratio is a lowly 0.79.

Even a conservative assumption that Navigator Holdings should trade at its book value would drive the stock up 27% from current levels. But I’m betting that W.L. Ross is shooting for much higher returns.

Ross knows that many shipping companies hit peak valuations around 2x book value at the top of the economic cycle. That means Navigator Holdings could trade as high as $34, almost 150% above its current levels.