Chevron: A Buy for the Next 10 Years 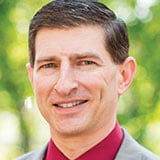 In just the past decade, Chevron has returned 183% to investors versus 14% for ExxonMobil. Notably, Chevron has been a mainstay of various Investing Daily portfolios for many years.

The company is like ExxonMobil in many ways, but Chevron has avoided some of ExxonMobil's high-profile missteps. But the companies have similar financial metrics, right down to the makeup of their oil and gas reserves. ExxonMobil's reserves were 43% natural gas at the end of 2017, while Chevron's were 44%.

They differ in size, of course, and that has worked to Chevron's advantage. As companies grow larger, it becomes harder for individual capital projects to really "move the needle."

These companies will take on larger and larger capital projects and make ever larger acquisitions, and in ExxonMobil's case it made an ill-timed acquisition of XTO, a natural gas company, just before a long downturn in natural gas prices.

It hasn't been all sunshine and rainbows for Chevron, as it got hit hard by the 2014 downturn in oil prices. The company recorded a loss in 2016 but has bounced back strong since then. Earnings over the past year are at their highest level since 2014. Cash from operations has nearly doubled in the past two years.

Despite the downturn, Chevron continued to grow its dividend, which currently yields 3.9%. In fact, the company has a consistent 31-year record of annual dividend hikes regardless of the ups and downs of oil prices.

Ideally, I would like to pick up Chevron a bit cheaper than its current price. However, barring a significant pullback in oil prices, I don't see a lot of downside.

Therefore, I am adding Chevron to our model Growth Portfolio. Given its history and my expectations for the oil industry, this is one to buy for the next 10 years. Buy Chevron below $145 a share.