A Trio of ETFs for Oil Exposure 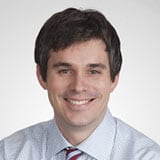 After cratering in the last three months of 2018, crude oil prices are back on the rise; the rebound in oil prices is welcome news for oil stocks — and oil ETFs, asserts Chris Preston, editor of Cabot Wealth Network.

ETFs are starting to look appealing again after getting pummeled during the recent market correction. Oil is becoming a good momentum play again, and the most efficient way to play it is through an oil ETF.

As the name suggests, this ETF holds oil and gas companies specifically focused on exploration and production. It counts ConocoPhillips (COP), Devon Energy (DVN) and EOG Resources (EOG) among its 10 largest holdings (out of 100).

The ETF is up 13% year to date, rising as high as 59 after bottoming at 47 on Christmas Eve. Trading in a tight range between 55 and 59 since the big run-up in early January, IEO looks buyable here, with a breakout likely coming soon.

USO is the best pure-play fund that tracks crude oil prices; it’s the largest, most liquid of futures-backed oil ETFs, with 23 million shares exchanging hands daily and roughly $2 billion in assets. The fund is up nearly 28% already this year — riding the coattails of the big run-up in oil prices.

In fact, over the past five years USO has had a 0.96 correlation (1.0 is the highest) with crude. That’s a good thing now that oil prices are surging again.

This one’s a bit more niche, but it’s based on the value of crude oil futures contracts, which is where the DBO invests 100% of its assets.

Lately, that strategy has been working: the DBO is up 26% this year. This one tends to move fast when oil prices are on the rise, advancing 60% in the year prior to the collapse in crude began last October.

Bottom line: The rally in energy stocks is still young, and a sudden retreat back to December lows can’t be ruled out. But for now, the momentum is there. And the longer energy remains a popular rebound play on Wall Street, the better the chances these three oil ETFs will extend their recent rises.

Sponsored Content - Furie installed the first platform in the Cook Inlet in over 20 years and became...

Sponsored content — We highlight the history of the of discoveries and production in the Cook ...