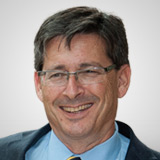 Editor, The Internet Wealth Builder and The Income Investor

Microsoft (MSFT) is the world’s largest software company, best known for its Windows operating system, which runs about 90% of the world’s personal computers. It continues to shift into cloud computing which it sees as a key to growth, notes Adam Mayers, editor of Adam Mayers Investing.

Cloud computing uses internet-based servers to store and manage information, which companies and their employees can access remotely. Microsoft helps them interpret their data with software that learns. This includes AI and blockchain-based initiatives in such areas as healthcare, insurance, and financial services.

The stock jumped after news that it has been awarded a US $10 billion contract by the Pentagon to upgrade defense department computer systems. Year-to-date they are up 35.55%  and 58.7% since being recommended last April.

In its latest quarter,  Microsoft’s Azure cloud services grew at a strong pace (59% quarter-to-quarter), though more slowly than a year ago. Profit and revenue beat estimates. Net income rose 21% to US $10.68-billion, or $1.38 per share, while total revenue rose 14 per cent to US $33.06-billion.

The Pentagon contract was one of two deals announced that show more cloud promise. It was a surprise win for Microsoft as Amazon was expected to land the deal and may reflect Donald Trump’s antagonism toward Jeff Bezos, CEO if Amazon (AMZN).

The 10-year project, known as Joint Enterprise Defense Infrastructure, or JEDI, pitted Microsoft, Amazon, Oracle (ORCL) and IBM (IBM) against one another. is aimed at making the U.S. defence department more agile by replacing its aging computer networks with a single cloud system.

The other deal announced was with Humana Inc., one of the largest health insurers in the U.S. It involves a 7-year partnership for cloud services. The hope is to simplify the online interaction between doctors, patients and the health insurer.

Microsoft’s dividend is $0.46 per quarter ($1.84 per year) and the stock yields 1.31% at current prices. The p/e ratio of 27.12 is high, but reasonable, given the growth of cloud revenues. As cloud computing evolves, competition will intensify, but Microsoft still stands to gain.