Annaly: Is the Worst Over for this Mortgage Firm? 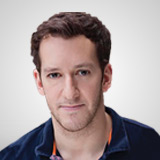 It seems that the worst is over for Annaly Capital Management (NLY); the company reported earnings and although numbers fell short of expectations, the stock rose on strong forward-looking guidance, observes John Freund, high yield expert and editor of The Bull Market Report.

That said, this earnings call was more about the future than the present. With the Fed lowering interest rates, the yield curve normalizing, and the cost of financing continuing to decline, Annaly is in good shape as we head into 2020.

The company earns money off of the spread between short-term and long-term interest rates, and with that spread widening, Annaly is positioned to continue growing income. The company has also been diversifying its product base, and the low cost of capital will factor into that expansion as well.

Management made the fiscally conservative decision to slash its dividend by 17% earlier this year, anticipating the worst regarding the inverted yield curve and the China trade war.

Turns out the yield curve inversion was only temporary, and doesn’t appear to be presaging the onset of a recession, as previous inversions have. And the trade war is tapering down – potentially even ending altogether.

President Trump has too many other problems to worry about, so it’s unlikely he spikes the trade war pressure. If anything, a negotiated deal with China before the 2020 election is the most likely outcome here.

Annaly’s stock had already been beaten down to historic-lows, so it really has nowhere to go but up. This earnings call wasn’t great, but all of that bad news was already baked into the stock, and the forward-looking indicators are good, so the market rejoiced and sent the stock higher 3%.

Even after the dividend cut, Annaly is still paying over 11% per year in the form of a fixed income yield. So there’s a lot to get excited about with Annaly over the coming 12 months.

Remember, Annaly is the largest mortgage REIT in the world, and its sheer size means that the stock doesn’t swing a whole lot in either direction. But that’s okay. We’re happy to accept modest gains while we continue to bank that 11+% yield year-in and year-out.

CVS Health (CVS) operates one of the largest domestic retail pharmacy networks and is a leading phar...

I love getting those alerts. The ones that come in via email saying something like: “Your acco...

If you’re relying on your portfolio for income, monthly dividends are a godsend, because manag...