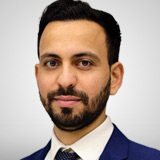 Gold is rallying despite a strong dollar and positive stock market. Fawad Razaqzada explains why.

Gold’s performance is puzzling today. When you consider that the U.S. Dollar Index is again on the rise, stocks are firmer and government bonds are down, you would expect to see the safe-haven and buck-denominated metal struggle. Yet, it is outperforming all the major dollar pairs. The only explanation I can give here is that the metal is perhaps being supported by hopes over a resolution in US-China trade talks. A deal could boost the yuan, allowing Chinese investors to purchase more gold than would otherwise be the case. Also, with major central banks turning dovish again, this has been one of the biggest reasons why some noninterest-bearing and lower-yielding assets have found renewed support of late. But today government bonds yields have rebounded, which is what makes this whole thing rather bizarre.

It could be that I am reading too much into it, but the metal decoupling from the above assets today is very interesting nonetheless. Gold’s relatively strong performance could possibly be a sign that investors are moving into safer assets. So, it could be a sign for a potential stock market correction, for example. So far this year, though, stocks have remained resilient.

The alternative explanation would be that gold investors have got this wrong. But the fact that gold has so far held above prior resistance at $1,300 suggests that the buyers are still in control and that the selling pressure has waned further. Thus, as things stand, gold’s path of least resistance continues to be to the upside, from a short-term technical point of view. If we now see short-term resistance around $1,315 break, then this could lead to further technical follow-up buying pressure towards – and possibly beyond – January’s high of $1,326. However, if the $1,300 support gives way, then a drop to at least $1,285 could be on the cards. 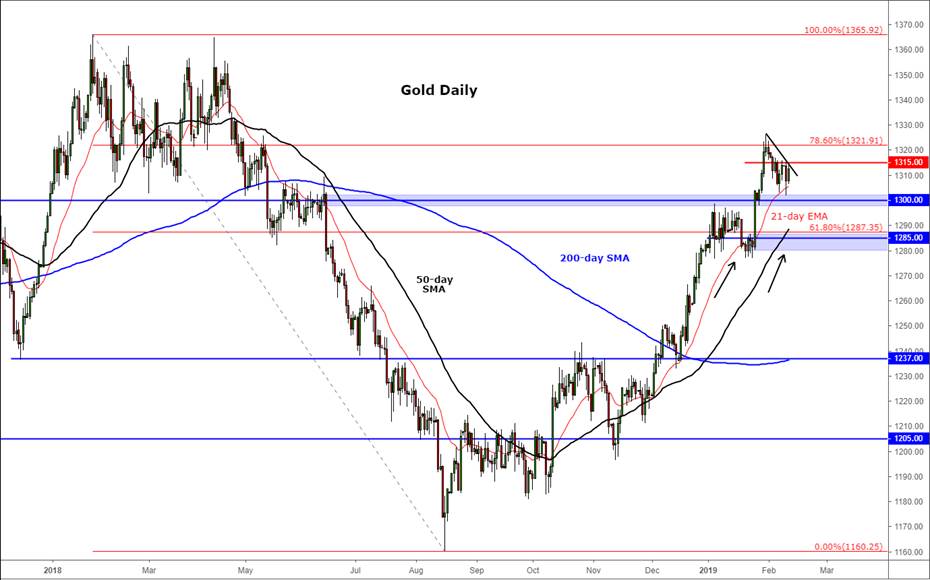 Of course, we could be placing too much rationality behind the movement of a commodity that often reacts to emotion and fear over stability in the world order.

Fed allays market fears, which is not good for gold, notes Fiona Cincotta....

Coffee, cocoa and sugar all are amid moves greater than 10% one month into the year, reports Phillip...

While there may be a correction to play, precious metals still look strong, according to Avi Gilburt...