This week’s state of the market from Marvin Appel.

Stocks opened strongly on Nov. 7 on news that our trade war with China is de-escalating. Insofar as the emerging trade deal seems to involve both sides backing off from recently imposed tariffs without addressing America’s underlying grievances (forced technology transfers, intellectual property protection), this amounts to our giving up. Our turn away from pushing for trade reforms should provide a short-term boost for stocks. However, the real story seems to be an improving outlook for corporate earnings and that should have some lasting bullish significance.

The market advance has been broadening in the past two months. A range of exchange traded funds (ETFs) that had lagged the S&P 500 for the first three quarters of this year are now keeping up or outperforming it. These former laggards include the SPDR S&P Mid-Cap 400 ETF (MDY), the iShares Russell 2000 ETF (IWM), the iShares MSCI EAFE ETF (EFA) and the iShares MSCI Emerging Markets ETF (EEM). On the other hand, the defensive Consumer Staples Select Sector SPDR Fund (XLP) has lagged the S&P 500 in the past month.

MDY illustrates how much weakness has pervaded the stock market over the past two years beyond the S&P 500 (see chart below). MDY is still slightly below its August 2018 peak. However, on the bullish side, its recent high was confirmed by its MACD and by the NYSE advance-decline line. 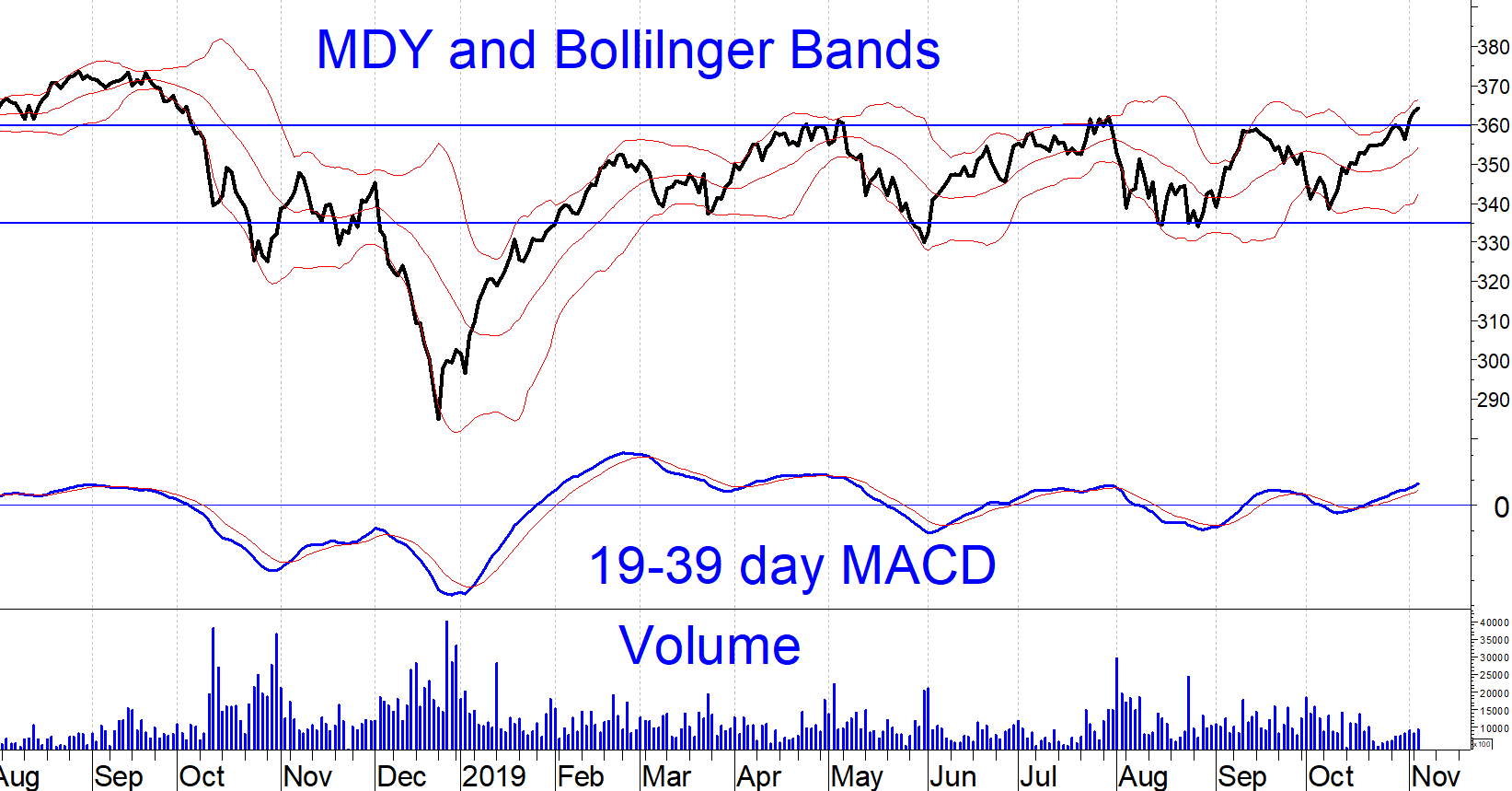 In the last letter, I noted that recent relative strength in XLP was a worrisome sign that investors were positioning themselves defensively in preparation for a market pullback. Since then, XLP has moved sideways even as the SPDR S&P 500 ETF Trust (SPY) has made new highs. As a result, the XLP/SPY ratio has broken its uptrend, indicating that the move in equities is now risk on (see chart below). For those of our readers who use MACD, note that there was a negative divergence between XLP and its MACD (circled) that presaged the breakdown in relative strength compared to SPY. 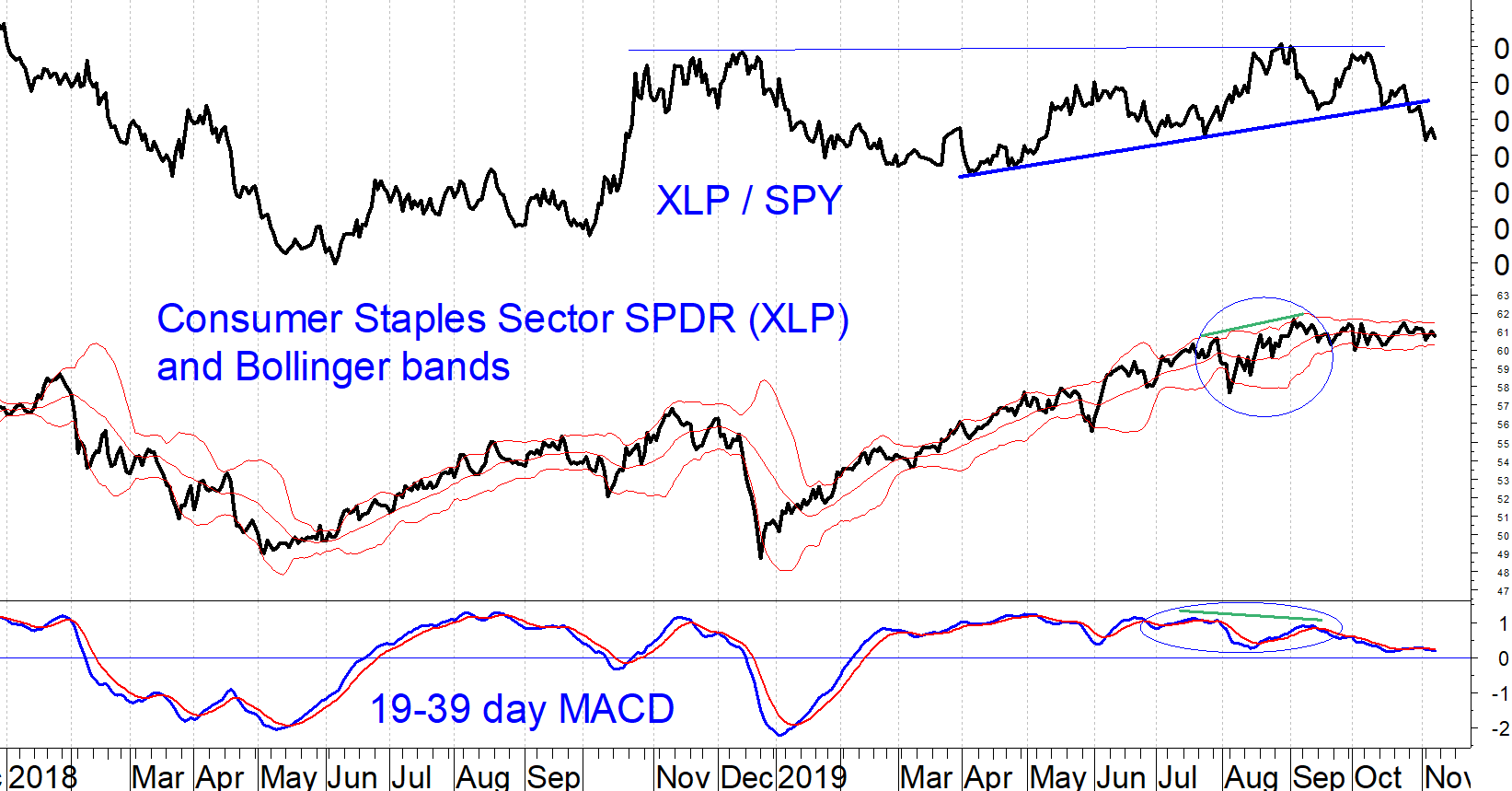 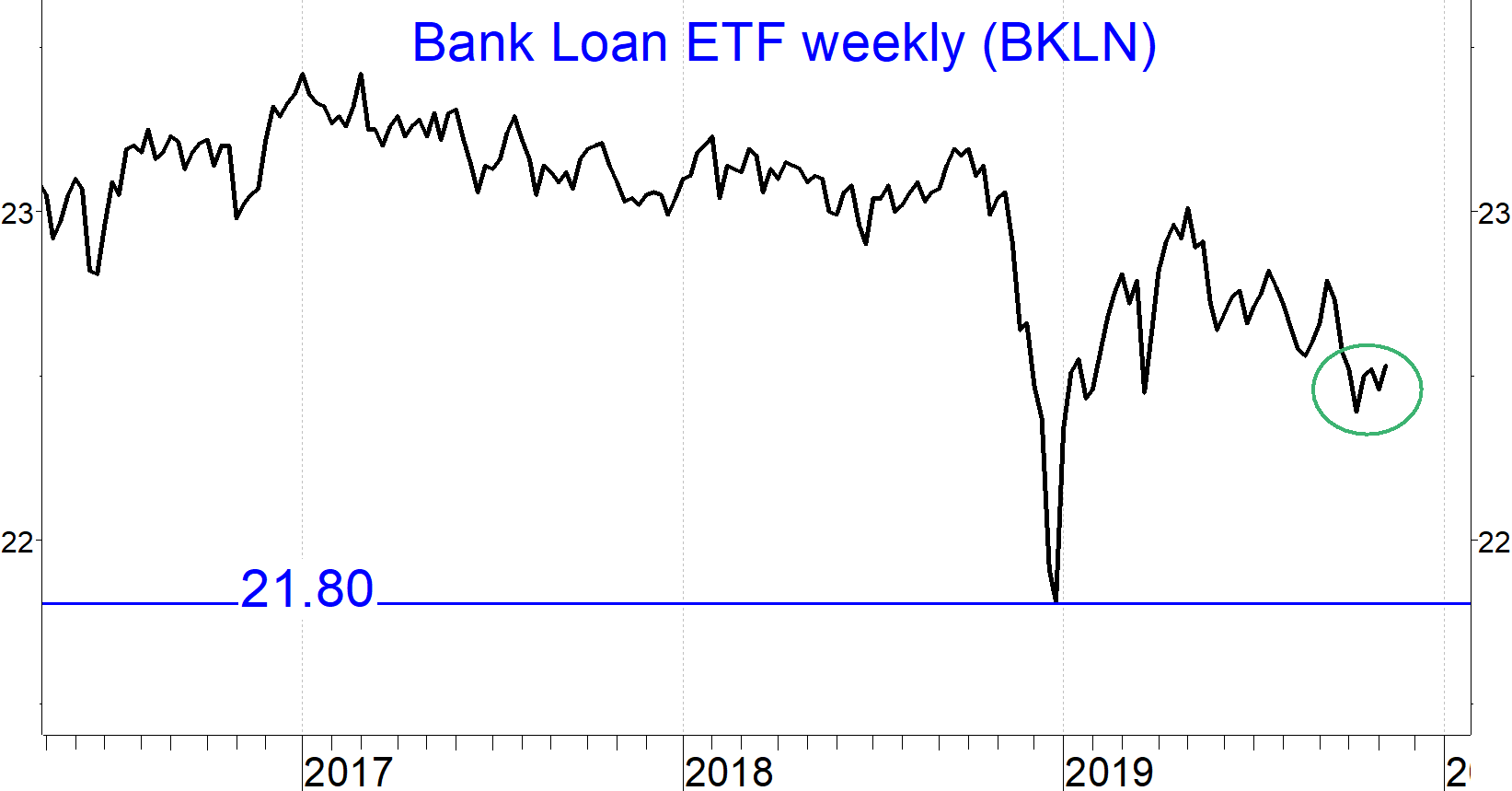 Ten-year Treasury note yields have touched 1.9%, the highest in three months. This is a sign of optimism regarding the economy. Concurrently, the iShares Barclays Aggregate Bond Index ETF (AGG) retested its recent support level of 111.6 (see chart below). It does not appear that investment-grade yields will climb significantly further from here, but the current bond market climate is a refreshing change from the worry that the negative yields we are seeing in Europe will infect our own markets. 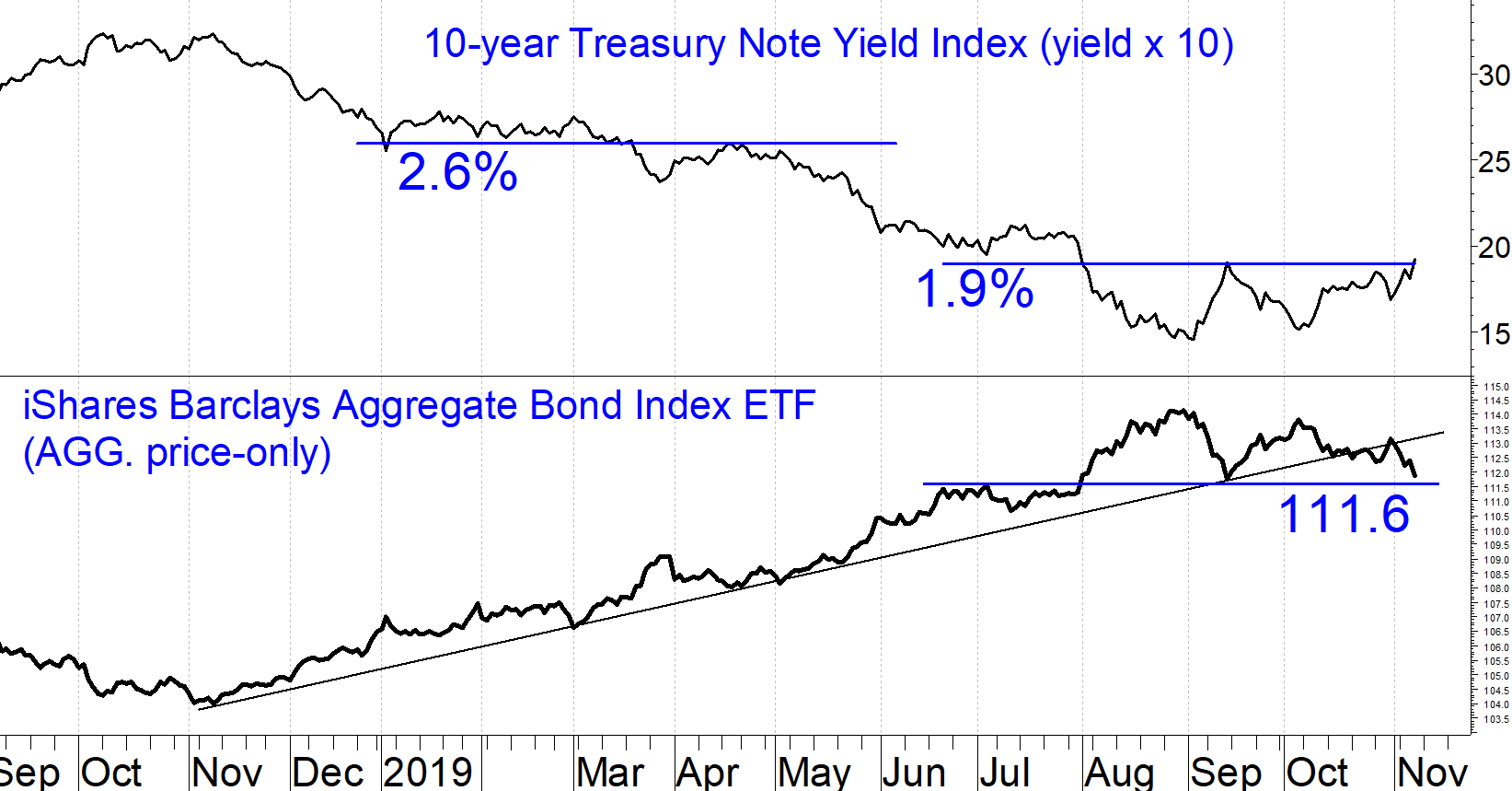 These days, the markets turn on a dime so all of these bullish observations do not guarantee a brisk market advance going forward. However, with our U.S. equity model bullish, risk does appear limited and you should look to put your capital to work.

Stocks appear overbought in the near-term, but it’s best not to chase rallies and add on small retracements instead. I see 302 as the nearest support level for the SPY, which is the middle Bollinger band and formerly an area of resistance before the Oct. 28 breakout. Below that, support should lie at 294, but I do not expect SPY to pull back that far.

Can you replace the blurb at the bottom of Appel to the following: Sign up here for a free three-month subscription to Dr. Marvin Appel’s Systems and Forecasts newsletter, published every other week with hotline access to the most current commentary. No further obligation.