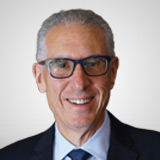 My guest today is Robert Green.  He’s an expert in taxes for traders and we’re talking about things you can do to plan for year’s end here in 2012 so Robert, give us some general ideas as a trader how we can do some year-end tax planning here?

Well, first and foremost we need to know what happens with the Bush-era tax cuts.  Hopefully it’s going to be decided by the time this comes out.  Probably not until the last minute in the lame duck session before year-end.  Both sides are posturing.  The President would like to end the Bush-era rates, return to the Clinton-era rates, which he thought were good for the economy, but to extend them for the middle class, the lower Bush rates so they’re hung up on that.  The President wants one thing, the Republicans don’t want to decouple.  They want to keep it the same way for both parties.  Bottom line, if your tax rates go up in 2013, you should consider accelerating income into 2012.  Most years you defer income.  This year you may want to pay taxes now rather than paying taxes next year at higher rates, plus people in the stock market are worried that the market could melt down with the fiscal cliff.  Why not sell now at a higher price?

And one of the things you talk about also at year-end is wash sales.  Talk about how that may affect your taxes?

Well, normally traders don’t like wash sales because they could increase their tax bill.  Often times that’s not the case.  They’re already at the capital loss limitation.  A wash sale loss is better than a capital loss limitation because next year you can turn it into an ordinary business loss with section 475.  Plus if you’re accelerating income, a wash sale helps you do that so you can do two things; accelerate the income and get an ordinary loss next year because next year you can’t count on other types of loses with tax reform.

And what about expenses, should I be accelerating those as well?

Same thing.  If you do your year-end planning and see an expense works, you see it’s deductible.  It doesn’t get hit with AMT.  If it works for you, take it.  Don’t take it for granted next year they’re going to do tax reform.  If they follow Governor Romney’s plan, they may limit itemized deductions, they may flatten the code; don’t count on deductions next year, take them this year so accelerate income if the Bush-era rates expire, and also accelerate deductions.

Yes.  Get with us, start doing it before year-end so you can hit the ground running on January 1 with your new entity and not have the complication of filing an individual 8949 with all that cost basis reporting headaches.  Use an entity for the whole year and it looks much better on your trader tax status.