A USD/CAD Trade Anyone Can Take 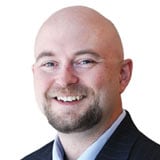 James Stanley of DailyFX.com outlines a simple trade any currency trader can execute by profiting from the long-running parity channel of the Canadian dollar (CAD).

Since the beginning of February, I’ve spoken with quite a few traders who are left puzzled as far as market direction. Now we’re starting to see major news outlets reporting about “directionless” markets. This is how we know the theme has become pervasive.

In DailyFX Bootcamps, we discuss current markets and potential opportunities and strategies in depth with attendees from San Francisco to Dallas to New York; and after the last Bootcamp, it became clear that many traders would just assume wait for the bigger moves that the market might eventually make.

This article is going to teach you another way of addressing this type of confusion and indecision. Rather than just waiting around and hoping that the market breaks out and begins to give us something that might fit a trend strategy, we can instead look to trade what the market gives us with one of the best tools available on any chart: price action.

The parity channel is the price range that has developed on the USD/CAD currency pair between 1.0050 and .9850. The reason for the name “parity channel” is because price parity between the two currencies (US dollar and Canadian dollar) is within this range:

In the above graphic, you will notice multi-colored layers of support and resistance, and these are based on two different factors: The “psychological numbers” within this range, and the price action swings that had taken place since the latter part of January.

If price is not in a green or red zone, I place no trade until a better opportunity arises in USD/CAD.

How to Enter Trades with the Parity Channel

I can use this to my advantage in trading the parity channel. I can simply look to buy at prices of .9900 or less and look to sell at prices of 1.0000.

When I buy at a price less than .99, I can place my stop just below the bottom of the channel (such as .9835), and I can place a limit order at least as far away as I have placed my stop. I want to make absolutely sure that I’m able to get a minimum 1:1 risk-to-reward ratio.

We can take the same graphic we saw above and include the rudiments of our strategy to get the set-up below:

How to Incorporate Price Action

The market will rarely make a linear move up or down. There may be a gap or a fast move, but in many cases, markets will oscillate during trends in a manner similar to what they may do during ranges.

Despite the fact that we are looking to trade a range as opposed to a trend, we can use this to our advantage.

Let’s say that price had just entered under our .99 buy zone. I can buy as soon as this happens, or I could try to be more exacting with my entry.

By James Stanley of DailyFX.com