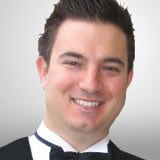 Founder, Learn To Trade The Market

Nial Fuller of Learn To Trade The Market explains why simply switching to higher time frames is the easiest way for forex traders to beat risk and overcome emotions and overtrading.

It’s a fact that most traders trade way too much. The reason they trade too much is primarily because they are too obsessed with trading lower time frame charts. I consider any time frame under the one hour to be a “lower time frame.” Most beginning and unsuccessful forex traders simply put too much emphasis on analyzing and trading the lower time frames.

Interacting with the market too much works to make you confused, frazzled, and frustrated. Humans have a natural tendency to see patterns or other “reasons” to trade when really there is no reason for them to do so.

We also like to believe things that are more based on feeling and emotion than logic and reality. In trading, these tendencies can be very destructive and are the reasons why most traders lose money; they trade when they shouldn’t because they “feel” like it’s the right thing to do based on some “pattern” that they “think” they see on the charts.

When we are too focused on the charts and are constantly looking at the five-minute, 15-minute, or other low-time-frame charts, we are naturally going to be very tempted to see patterns and will get feelings about potential trades that are essentially nothing more than random market noise.

See also: How to Overcome Overtrading

Keep in mind why you were attracted to forex trading in the first place; was it to sit in front of your computer for four hours at a time while you should be sleeping because you are too worried about your trade? Probably not...in fact, you were probably attracted to trading because you wanted to work less and still have a chance to make good money. So, it’s a curious fact that so many traders end up glued to their charts whenever they have a free minute.

Trading is one of the few professions where less involvement is usually better. This is where trading off higher time frames comes in; their ability to allow you to set and forget your trades will invariably make you a better trader because you will not need to look at the markets as often to monitor your trades.

When traders look at the markets and analyze the charts many times throughout the day, they are naturally increasing the chances of executing a low-probability trade. The biggest temptation comes from analyzing lower-time-frame charts. Traders who spend hours looking at lower time frames charts are naturally going to conjure up some reason to trade that they otherwise would not have had they been focused on higher time frames. In this way, lower-time-frame charts induce overtrading, and overtrading (trading when you’re edge is not present) is the fastest way to lose all your money in the markets.

The Power of Trading the Higher Time Frames

So just how can trading higher time frames improve your forex trading? To start, when you focus on higher time frames, you naturally spend less time analyzing the market and trying to find trades. This will work to alleviate a lot of the temptation to trade when you shouldn’t and to meddle in your trades while they are live.

Traders who trade intraday all the time and who trade off lower-time-frame charts put themselves at a much higher risk of overtrading and becoming emotional. So, by simply focusing your efforts on higher time frames like on the four-hour and daily charts, you are going to naturally improve your win-to-loss ratio as a result of both taking less losing trades and becoming less emotional.

I teach “Set and Forget” Forex trading and also practice it in my own trading account. The basic point is that you set your trade up and then you walk away from your computer and let the market do the “work.” Now, I am not saying that you should “never” look at your trade again or check in on it once it’s live. But, I am saying that constantly watching your trade after it’s live and shuffling your stops and targets around and adding to positions is almost always the wrong thing to do since it’s usually based on emotion rather than logic.

Thus, when we focus on higher time frames, we have more time to do things away from the markets, which allows us to have more personal time as well as removes the temptation to interfere in our trades. We are the most logical and objective before we enter the market, so trying to make trading decisions after your trade is live is almost always counterproductive.

When we become fixated on low-time-frame charts, it naturally induces us to analyze the market more and find “reasons” (usually emotional) to fiddle with our trades or even add to positions when we shouldn’t. Trading higher-time-frame charts increases our odds of avoiding these account-destroying behaviors altogether.

By adopting a longer-term and higher-time-frame view of the market, we can filter out many losing trades and false trade signals that occur as a result of the “back and filling” that happens on lower-time-frame charts.


So, if you really want to make a quick improvement to your trading, perhaps the easiest thing you can do is to simply start focusing your efforts on higher-time-frame charts. My main chart time frames are the one-hour, four-hour, daily, and weekly charts, with my core anchor chart being the daily chart time frame.

By Nial Fuller, CEO and founder, Learn To Trade The Market