Should We Worry About the Dollar? 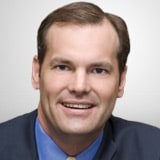 Many are concerned with the amount of dollars that have been dumped on the market, and worry a weak dollar may have some bad global ramifications, so we asked Chris Gaffney of EverBank World Markets to give us his take.

Gregg Early: We are here with Chris Gaffney, Senior Vice President of EverBank World Markets. Chris I wanted to ask you about the euro. It seems like it's strengthening here, but is that just something that's happening before the US elections or is this a real trend?

Chris Gaffney: Great question. The euro has been strengthening recently, with the success of the Italian debt auction last week, but overall on the medium term we have seen the euro moving higher after reaching some lows earlier this year. Mainly, I think, because of the uncertainty surrounding the US elections.

Anytime you have uncertainty, it is typically seen as a negative for asset valuation, because markets and investors do not like uncertainty in the markets, and certainly the election with Romney's debate performance have made the decision less certain.

I think before the debates, it looked like President Obama was going to cruise through this election. Now with the recent debate performances, I think Romney has come back into everyone's mind as maybe a potential president. So it is certainly a result of the uncertainty surrounding our election, and also that fiscal cliff that's hanging out there.

Gregg Early: It also seems like the numbers from China have been encouraging. There's a little bit more hope that the Chinese economy might be pushing forward, which would also be somewhat helpful for European companies since they're pretty heavily invested over there, right?

Chris Gaffney: Yes...and on the flip side, bad for the dollar, because a lot of the investing into the US dollar recently has been as a safe haven, or as a liquidity haven for investors.

So with better news out of China, the markets had almost priced in a hard landing by China, and the recent data shows that the talk of China's demise was overblown. In fact, China has been able to manage a softer landing. That is certainly good for commodity-driven currencies, and also the currencies of those countries that are lucky enough to export into the Chinese market.

Gregg Early: So this is kind of a relief rally, at least short term-maybe through the elections-and then after that we'll see structurally if money flows back into some of these commodity-based currencies, if China is still functioning? I mean what do they have, 1.9% inflation and 7.4% GDP? That's pretty good, right?

Chris Gaffney: Absolutely. You know they've slowed from double-digit growth, and certainly everyone was alarmed when they started slowing down, but 7.8%...I know a lot of countries and administrations that would absolutely love to see their economies going at 7.8%.

Gregg Early: Half that.

Chris Gaffney: Yeah, or even half that. And that's one of those things, you know, you do question the quality of data coming out of China.

That move, the transformation of the Chinese economy from a export-driven economy into more of a consumer nation, is really going to be what drives the global economy forward in the next five to ten years. As long as they can pull that off, as long as they can continue increasing, even ever so slightly the disposable income of their vast population, that's going to help the global economy and that's going to help make up for some of the losses that we're going to see in demand both in Europe and the US as things just kind of bump along on a recovery path, but not really getting any steam.

Gregg Early: I guess would it be safe to say that the Chinese also, because they hold so much US paper that that sort of puts a floor under the dollar somewhat?

Chris Gaffney: Absolutely. They're smart investors-they're not going to go sell all of the US paper. Really, the amount of debt that the US and Europe have issued in the past few years...the No. 1 holder of US debt right now is the Fed, but second is I believe China.

I think they surpassed Japan, so they do hold a lot of US debt and it makes us somewhat beholden to the Chinese and at the same time it also makes them want to make sure that the US dollar doesn't fall too dramatically. And they're certainly going to try to manage their way out of such a big reliance on the US dollar.

In fact, we're seeing them try to create more demand and create more use of the Chinese renminbi, the currency in fact with the introduction of the CNH, which is the deliverable Chinese currency. That's going to make a big difference, and if they continue to try to mature their economic market and their capabilities as far as finance; and they're going to continue to grow. I do think that that should be a focus of investors in the coming years.

It should already be in their view, but investors should really take a strong look at what China's doing and pay attention to what's happening there, because China is going to continue to take its place as one of the global leaders.

Is the Euro Doomed to Fail?