The Best Bets in Resources 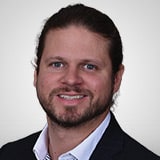 Inflation expectations continue to creep up; the stronger than anticipated consumer confidence numbers out of the U.S. are somewhat of a validation, suggests Omar Ayales, editor of Gold Charts R Us — and a speaker at the MoneyShow Canada Virtual Event on July 8-9.

Broadly speaking assets are rising, particularly those that tend to rise in an inflationary environment. And they’re poised to rise further.

Consider not only have central banks across the globe coordinated to implement the loosest monetary policy probably ever, but central governments have also opened the spigot of fiscal stimulus.

Gold pierced $1800 for the first time in 8 years. The bullish pattern on gold formed by the April resistance and the March uptrend (ascending triangle) suggests a continued rise to test the all-time highs near $1900 is now likely.

Be sure to own some resources or resource companies. It could be their turn to shine. Resources continue to catch bids. The lockdown unwind continues fueling risk appetite.

We’re trading resources through an overweight position in BHP Billiton (BHP). Based in Australia, BHP is a huge conglomerate producing and selling natural resources around the world.

BHP has a solid dividend yield that allows us to keep it thru weakness. Technically, BHP has formed a tight but clear support above $48. If BHP holds, we could then see it rise further to possibly the top side of the up-channel near $56.

Crude oil is starting to form a top near $40. However, it has strong support at $35. As long as crude holds above this level, it’ll look poised to rise further.

Crude oil has been the runt of the litter. It hasn’t risen as boldly as copper or as impressively. But it’s bound to catch up, as it historically has done. Demand for crude should only rise from current levels.

I also have exposure to energy with Exxon Mobil (XOM). It’s under pressure and could be showing renewed downside. However, XOM is a giant.

And if there’s someone who will benefit from many energy companies going bust, it’s the bigger XOM-like companies. Plus, XOM offers a great dividend yield making it easier to keep during weakness.