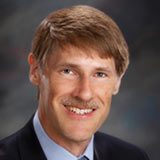 Sammy Simnegar is on track for making 2020 the eleventh time in his 13 years running Fidelity International Capital Appreciation (FIVFX) fund that he stands to beat his benchmark, explains Jack Bowers, editor of Fidelity Monitor & Insight.

In fact, over the past decade, the fund has significantly outrun its bogey with an average annual return of 10.9% versus just 5.1% for its tongue-twisting benchmark, the MSCI All Country World Index (ex U.S. stocks). That feat has resulted in the fund ranking #18 among almost 800 competitors!

Held in three of our models, International Capital Appreciation fell just 1.3% through the first half of 2020 versus — 11.0% for its index. But thanks to its 7.1% surge in July (Europe and emerging markets popped partly on their success in containing Covid), Sammy’s fund is now up 5.7% this year.

On the constant lookout for high-quality companies that are likely to grow earnings through various market cycles, Sammy usually overweights tech. That was particularly beneficial in this year’s global recession.

But where he really has added value (again, relative to his benchmark) were in two areas he underweighted: energy and financials.

Sammy typically underweights energy (and other natural resource sectors) as he eschews capital-intensive business. In the second quarter he allocated just over 1% of assets there versus nearly 5% for his benchmark.

Performance has also benefited from an underweighting in financials. And with the few stocks he held, his picks were solid. No surprise there, as in most years Sammy’s stock-picking prowess adds more alpha (excess return) than does his sector bets.

Of course, when managing a diversified international fund, country bets matter a lot. This year has been no exception. Thanks to Sammy’s nearly 16% out-of-benchmark stake in U.S. stocks, International Capital Appreciation may wind up being Fidelity’s top-performing diversified foreign fund.

While we recognize that some overseas markets have the opportunity right now to benefit from their quicker recovery from Covid, our bias towards U.S. stocks is unlikely to change for several reasons — including this “cultural” one: America’s innovative and entrepreneurial spirits are the primary reasons why U.S. companies are either technology leaders themselves, or are faster than others to adopt and implement tech.

However, diversifying one’s portfolio internationally with a proven stock picker who skillfully manages risk, strikes us as a pretty good idea.

With the bull market still in effect, stocks are likely to outperform bonds. But we needn’t th...

Ever since John Bogle, founder of the Vanguard Group of Funds, created the first index fund in 1975,...

Long-time readers of Fidelity Monitor & Insight may recall that our rating on Fidelity Low-Price...