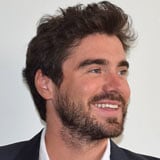 What was particularly exciting about this year's March technology selloff was the opportunity to evaluate smaller capitalization stocks set to benefit from significant structural changes in the economy trading at more reasonable prices, notes Matthew Castel, money manager and value investor with the Toronto-based Logos LP.

One such stock we purchased in the quarter is dmy Technology III (DMYI). This is a SPAC launched by dmy Technology Group Inc. (one of the more reputable SPAC sponsors) that will soon merge with IonQ (will trade under the symbol IONQ).

This will make IonQ the first ever publicly traded pure-play quantum computing business on the NYSE. Why invest in quantum computing? "This is going to be the decade in which quantum really comes of age,” an IBM executive recently told the Wall Street Journal.

Quantum computing is to artificial intelligence what nuclear weapons are to bombs. Corporates, institutions and other entities are thus racing to build such a new type of computer, a quantum computer, that will bring the computational hardware required to match and exceed the human brain.

While quantum technology will take years to scale, the race is on to build the software and hardware infrastructure today. The race to such technology will be a defining theme of the decade to come and the stakes could not be higher. The current CEO of Google, Sundar Pichai, has said that the impact of AI will be more profound than man’s discovery of fire.

Palantir’s CEO recently stated that: “Military AI will determine our lives, the lives of your kids. This is a zero-sum thing. The country with the most important AI, most powerful AI, will determine the rules."

If (in the words of Ray Dalio) the Federal Reserve’s printing press is the world’s most valuable asset, the world’s first scaled-up quantum computer and/or generally intelligent AI would be a close second.

Enter IonQ. IonQ started as a research project about 10 years ago (as a business about 6 years ago) by Chris Monroe (head of quantum physics at the University of Maryland, College Park) and Jungsang Kim (Professor of Quantum Physics and Electrical Engineering at Duke University, formerly of Bell Labs) who wanted to build the most powerful quantum computer using trapped ytterbium atoms, a unique method that reduces the overall space required to create a quantum computer without seeing loss in quantum power.

This is an interesting method because unlike other methods (ie. those done by Google, IBM, Rigetti etc.), the trapped-ion method comes from nature and builds quantum qubits on a small chip (Honeywell, who also realized the power of quantum, is also using an ion method).

Despite the other methods of building a quantum computer, there are several unique advantages of the trapped-ion method including low error correction, high gate fidelity, scalability (although scalability overall is still an issue), noise reduction and lower costs to operate (other methods require tremendous electrical and refrigeration costs).

The reason IonQ has gained traction and attracted capital is three-fold:

1) IonQ has the most advanced quantum method on quantum volume alone; 2) They have attracted the best business and technical minds of any quantum computing business to date; and 3) Their long-term business model revolves around Quantum Computing as a Service and managed services (their QCaaS currently charges roughly $10 per compute hour on AWS and Azure).

On the talent front, both Mr. Monroe and Mr. Kim are two of the best minds in quantum physics and have both a combined over 51,000 academic citations in the area.

In fact, Dave Bacon, who was head of Google’s quantum division and one of the authors of the Bacon-Shor quantum algorithm, left Google to join IonQ. Peter Chapman is the current CEO of IonQ (former MIT grad and son of a NASA astronaut) and is the former head of engineering at Amazon Prime.

From a capitalization perspective, the business raised $650 million (roughly $350 million in a PIPE and $300 million through the SPAC) at an enterprise value of $1.95bn ($10/share for DMYI).

Although not an exhaustive list, the PIPE investors include some of the biggest investors in the world: Breakthrough Energy (Bill Gates), TIME Ventures (Marc Benioff), MSD Capital, Silver Lake Partners, Fidelity and Hyundai. Existing investors include but are not limited to Amazon Web Services, Bosch, Samsung Ventures, Tao Capital, Lockheed Martin, Airbus Ventures and HPE Ventures.

Currently, the business’s quantum service is the only one available on both AWS and Azure and once merged, they will end up being the most well-funded standalone quantum business.

Their investor base will also be the business’s first customers (Samsung, HPE and Airbus have already publicly committed to using their services for real-world applications) and Dow Chemical has recently used their service to recreate the water molecule.

Despite our excitement about IonQ’s prospects, this is a very long-term investment for the LP as there will be multiple phases before we see broad commercial use of quantum computing (early on its S-curve growth runway).

There are still significant technical barriers to the technology, the most important being error correction, error modification and scalability.

Currently, the ion-trap method uses a significant number of lasers to manipulate the ytterbium atom, which is something that is not sustainable long-term. These technical barriers must be fixed and enhanced over the next few years before they can use their technology for broader commercial applications.

From a business perspective, we will need to see the creation of a flywheel over time (acquisition of software, security services, developer portals etc.) to continue to attract talent and provide top notch customer service, just like Amazon has with AWS.