A Pure Play ETF to Connect with 5G 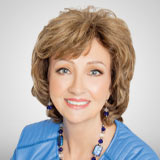 5G has been touted as a pending technological revolution. Lots of funds have some exposure but this might be the best 5G ETF, notes Nancy Zambell, editor of Financial Freedom Federation.

The rollout of 5G technology promises transformative technological change that will bring high-speed internet access nationwide and massively expand device connectivity and the “Internet-of-Things” (IoT). But, before we discuss buying individual stocks or a 5G ETF, let’s take a moment to look at nationwide internet coverage.

According to the FCC, only 6% of the U.S. lacks access to fixed broadband in their area (defined as 4 MBPS download and 1 MBPS upload), although that number jumps to 14% of rural areas, and approximately 100 million Americans that technically have access to broadband are not subscribers.

The hurdles to broadband uptake likely lie in the cost of broadband relative to its perceived benefit (especially among older households) or problems with “last mile” connectivity, bringing the internet from your provider to your front door.

Industry data indicates that 80%+ of households currently have access to gigabit internet speeds, which is 25x what the FCC classifies as broadband. So, parsing the data, somewhere in the neighborhood of 10-30% of the U.S. either can’t get or doesn’t have what most people would consider high-speed internet.

How do you solve that problem? That’s where 5G comes in. Beaming high-speed internet to the nation’s collective front door has the potential to immediately address “last mile” connectivity problems and bridge the gap between the FCC’s definition of broadband and real high-speed internet.

And none of those statistics even speak to educational or business access to high-speed internet, which is likely where the big profit drivers will be.

Right now, there are a large number of companies that have a toe in the water of 5G, like chipmakers and telecom giants, but ETF investors really only have one option that represents a pure-play 5G ETF.

The Defiance Next Gen Connectivity ETF (FIVG) is a $1.2 billion 5G ETF that invests in companies “engaged in the research and development or commercialization of systems and materials used in 5G communications.”

The fund’s 0.30% expense ratio is slightly higher than what you would find with some large index funds like the Vanguard Communication Services Index Fund (VOX), which comes in at 0.10% but is lower than the iShares U.S. Telecommunications ETF (IYZ), which is 0.42%.

The problem with the telecom funds is that neither of them is really a 5G ETF. Now, they both have exposure to companies that will likely benefit from the 5G rollout, such as Verizon (VZ) and AT&T (T), but those telecom funds aren’t emphasizing investing in 5G specifically.

iShares U.S. Telecommunications ETF, for instance, is 22% invested in VZ (you might as well just buy VZ directly!) and VOX’s top five holdings, which total 50% of the fund, are Facebook (FB), Alphabet (GOOG, GOOGL), Disney (DIS) and Netflix (NFLX).

But if you’re looking for a diversified 5G ETF that is more interested in investing in the companies building the backbone of the 5G rollout, from the chipmakers to the network providers to the REITs that own the towers (FIVG has holdings in REITs, including one we just wrote about), FIVG might be the only investment that could really be considered a 5G ETF.