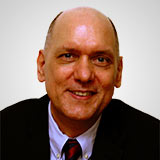 Banks were great performers for us in the past 15 months after I suggested them while they were demolished by Covid and recession fears in 2020; many advanced 50% or more, outperforming the market, recalls Michael Brush, editor of Brush Up on Stocks.

Now, with fears of the Delta variant, more lockdowns, economic weakness and low ten-year rates swirling, banks are selling off again. In the weakness, insiders with great records are telling us they see value.

You won’t get a repeat of the 50%-100% gains we saw the first time around. But banks are definitely out of favor right now. Either the stocks are in outright declines off of recent highs, or they are not as high as they should be, due to the negative sentiment. That makes them a contrarian buy, especially since this is being confirmed by smart insiders.

All of these banks reported good quarters recently, which is to be expected given year-over-year comparisons. Most of them have been increasing their loan books nicely, and their deposits, and reversing provisions for loan losses which boosts earnings. I’d expect these trends to continue as the economy stays strong. Borrowers who got COVID-related deferrals are paying back loans again.

You’ve probably never heard of any of these banks, which are all located outside of major urban hubs (though some are close, so they get spillover benefits). But that’s fine by me. Insiders like them, and as a group they will benefit from economic growth and rising long term yields over the next few quarters.

Since banks price loans off the ten-year bond for the most part, they benefit when ten-year rates are rising especially when that is making the yield curve more upwardly sloping (my expectation from here).

These are all community banks which enjoy their status as the “hometown bank” for many customers. As you will see, many of these banks are such strong institutions in the local community, they have literally been around for over a century.

Ames posted a solid second quarter with nice net income and asset growth compared to the year before, but this should be no surprise given how weak the economy was a year ago. Ames loan book exposure to the hospitality and fitness sectors is just 6.8%. These are areas that would be vulnerable in a return to lockdowns.

Tactics: Smart insiders recently bought at $25.50 and you can now get the stock for much less. Ames pays an annual dividend of about $1.04 per share and there is good potential for capital appreciation as fears about the economy recede, and ten-year bond yields rise, which helps banks.

Based in New Canaan, Connecticut, this bank serves Fairfield and New Haven counties and some New York metro area counties.

Most notably in the July 28 earnings report, the bank declared an 18 cent per share dividend, which was a 29% increase. That big increase is a statement of confidence.

Excluding PPP loans, it grew its loan book 5% for the quarter and 9% year to date. The net interest margin was 3.12%, and the bank expects that to improve throughout the year. It’s also improving its online banking options.

Tactics: Insiders with good records have been buying at $28-$29, the suggested buy limit range for possible capital appreciation and the 2.5% yield.

Based in Muncie, Indiana, this company operates First Merchants Bank, which has been around since 1893. The Bank has 125 banking locations in Indiana, Illinois, Ohio and Michigan.

The loan book grew 6.7% in the second quarter, and net interest margin increased slightly to 3.22%

Tactics: The insider buying here is small but the buyers have notably great records. They bought at $43 to $46. Consider buying now as a medium-term hold for the 2.85% yield and possible capital appreciation.

This company operates Wayne Bank in Honesdale, Pennsylvania. It has been in business since 1870. The bank serves Wayne, Pike, Monroe, Lackawanna and Luzerne counties. About a year ago, Norwood bought UpState New York Bancorp. Other than the expected good year-over-year performance, nothing notable in the July quarterly earnings update.

Tactics: A director made a large $2.1 million purchase recently at $25.17, your suggested buy limit as a multiyear hold for the 4.1% yield and possible capital appreciation.

In 2015 it bought Texas Leadership Bank and DCB Financial, expanding into the Dallas/Fort Worth area. In 2018, it entered the Houston market through the purchase of Westbound Bank.

Tactics: The insider buying that caught my attention was a $100,000 purchase by a director. That’s small, but this director has a great long-term record. He bought at $33.72, the suggested buy limit. Consider buying for the 2.4% yield and possible capital appreciation.

Franklin operates F&M Trust bank which serves Franklin, Cumberland, Fulton and Huntingdon counties in Pennsylvania. The bank has been around since 1906.

Net interest margin and the loan book both declined in the second quarter, but the insider buying is telling us this is not an enduring issue. The bank declared a 32 cent per share dividend for the third quarter of 2021, a 3.2% increase.

Tactics: The insider buying here is small, but the buyers have really amazing records. They bought at $30 to $32.