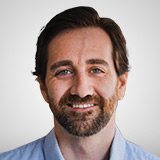 Our latest recommendation is focused on an industry that’s not been too popular in the past but is poised for a massive resurgence, suggests Jason Williams, editor of The Wealth Advisory — and a participant in MoneyShow's Accredited Investors Virtual Expo, Dec. 7-9. Register here for free.

But there is one source that is. And spoiler alert: We’ve had it for close to 100 years. I’m talking about nuclear energy. It’s clean, green, and far safer than you think. Because, when you hear about how dangerous nuclear is, you’re hearing about technology from the 1950s and 1960s.

We’ve made a lot of improvements since then on a global scale. But the U.S. has fallen far behind. From being the top supplier of enriched uranium for the world’s power plants in the 1970s, the U.S. has fallen to last place despite inventing the whole industry.

Now most of the enriched uranium we’d need to power nuclear reactors is produced in Russia and China. Those are two countries that have absolutely no problem cutting the rest of the world off if it seems like it would be beneficial.

They’re also two countries we don’t have a great relationship with. And that means we need a domestic supply of enriched uranium. And we need the kind that powers the newer, safer reactors.

That’s why our latest featured recommendation is Centrus Energy (LEU). The company used to be the U.S. government’s official uranium enricher, but the Treasury spun it off as a private company back in the 1990s.

It then led the U.S. side of the “Megatons to Megawatts” program that retired over 20,000 warheads’ worth of weapons-grade material and repurposed it as reactor fuel.

The program removed all those weapons and provided 10% of America’s energy generation needs from 1993–2013. Since then, the company has reorganized to become the only licensed producer of high-assay low-enriched uranium (HALEU) in the United States.

That’s a big deal for two reasons. First, the majority of the companies that make HALEU are located in China and Russia. And second, HALEU is the fuel for the reactors of the future.

And being the only licensed domestic producer — that also has a long-standing relationship with the DoD and U.S. government — is going to make Centrus the main player in the nuclear renaissance we’re about to enter.

Having been the U.S. government’s lead supplier of uranium is paying off for Centrus Energy. Thanks to those connections it still has with our government, it’s at the top of the list for partnership opportunities with the Department of Energy.

And the U.S. government is desperate to get someone producing nuclear fuel domestically. You see, since 2013, there has been no domestic industrial-scale uranium enrichment capability in the United States.

That’s the first time that’s happened since the Manhattan Project harnessed the power of the atom. And it’s weakening our national defense. And Centrus’ American Centrifuge technology is the only technology currently available to restore our capabilities.

That’s why the DoE has partnered with Centrus on a three-year, $115 million project to deploy a cascade of centrifuges to produce low-enriched uranium for advanced reactors.

And the DoE isn’t the only major partner Centrus has. In fact, the company has signed contracts for around $225 million worth of its nuclear fuel. But it also has a partnership that’s been flying under the radar somewhat, and that’s what really drew me to the company in the first place.

The world’s billionaires are betting big on renewable energy. And one of them has gone as far as to found his own nuclear research and development company.

Bill Gates’ TerraPower is quickly developing advanced reactors that will be safer, smaller, and more powerful than what we’ve got out there now — and produce far less waste. And it’s those reactors that are going to open the floodgates for a nuclear renaissance the likes of which our country has never seen.

But Gates knows that he’s going to need a domestic supplier for all his new nuclear plants. And he’s selected the best in the business to produce his fuel: Centrus Energy.

And that’s why TerraPower has teamed up with Centrus to establish commercial-scale domestic production capabilities of the fuel of the future, HALEU.

And that’s what leads me to this speculation: a potential buyout. Bill Gates has already partnered with Centrus to help the company grow to a scale where it can be his HALEU supplier. And once Centrus demonstrates its enrichment capabilities in mid-2022, TerraPower will become its biggest customer.

So Gates has a few choices. He can keep buying HALEU from Centrus. Or he can stage a buyout of the whole company and supply fuel for not only his own needs, but also those of the rest of the market.

And Bill’s a smart man when it comes to money. That’s how he became (and stayed) such a rich man. So I’m betting there’s a particularly good chance he buys Centrus all out and either runs it as a separate company or incorporates it with TerraPower. And that would end very well for early investors in Centrus.

Whether there’s a buyout in the future or not, however, I see a bright future for Centrus Energy.  The world wants to replace fossil fuels today. But renewable energy is still at least a decade or two away from being able to carry the load. That leaves only one option, and that’s nuclear. I expect to see a lot more interest in nuclear power in the U.S. and around the world as the years progress and the technology is proven safer.

And I want us to have some skin in the game so we’re benefiting no matter whose reactors power the future. The only domestic producer of the nuclear fuel of the future fits that bill perfectly. Bottom Line: We are adding Centrus Energy Corp. common stock to the model portfolio with an initial buy limit of $90. The 12-month target will start at $150.