What Does a Split Spell for Alphabet? 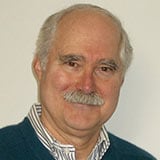 Ah, a split for Alphabet (GOOGL); what to think? asks Neil Macneale; the editor of 2-for-1 Stock Split Newsletter selects his stock ideas exclusively from companies that have just recently announced stock splits.

What prompted Alphabet to do it? Why did they wait so long? Is this going to start a flood of splits? Do I like it? Is it going into the 2 for 1 Index?

I've asked myself all these questions and have been getting the same from friends, family, and 2 for 1 subscribers. I even created a poll on LinkedIn attempting to, not very scientifically, measure the public sentiment regarding the Google split.

If you're curious, 4% of responders to the poll voted "Who cares" if Google is in our 2-for-1 Index, 0% thought Google was dangerous, 15% thought I should wait a few months, and 81% said adding GOOGL to the Index was a "no brainer".

Of those 81%, several added the caveat that the company had to get a thumbs-up from the regular screening algorithm I use for all the stocks in the Index.

To get to the point, I have answered the final question in the above list. Yes, Alphabet will be added to the 2 for 1 Index. Of course, I'm happy to be in agreement with the majority of my poll responders. But I'm also happy to report that Google's numbers are better than I expected and do add up to a fairly high ranking on my spreadsheet.

In spite of being one of the popular, high-flying tech stocks, which I'm usually happy to avoid, we have a company with a reasonable PE for a growth stock (24), 32% annual growth over 5 years, almost zero debt, only slightly above average volatility, and an enviable profit margin (30%). The lack of a dividend was the only negative I could find.

In 2012 Google announced a 2 for 1 split creating the Class C non-voting shares with the ticker GOOG. I never liked that concept and the Index will be taking on only GOOGL, the Class A voting shares.

No one clicked the "No way— a dangerous company" choice on the LinkedIn poll, which surprised me a bit. I don't personally think Google is dangerous but there is a growing awareness that Google is one of several large enterprises gathering personal information, tracking our movements and, in general, knowing everything about us.

What this means for our society into the future is anybody's guess. Nevertheless, GOOGL will be added to our 2-for-1 Index.