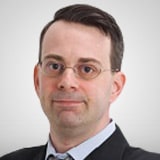 I want to show you how to build a 3-fund income portfolio that gives us: 1) big discounts on our investments; 2) big dividends, with an average 10.6% yield, and 3) wide diversification, with investments from across the economy, explains Michael Foster, editor of Contrarian Outlook.

Let me introduce you to three high-yielding closed-end funds (CEFs) that you can put together into your own “mini-portfolio”.

The ClearBridge Energy MLP Total Return Fund (CTR) yields 7.1% as I write and comes to us at a 20.3% discount to net asset value (NAV, or the per-share value of its portfolio).

So right off the bat, we’re buying the fund’s high-yielding master limited partnerships (MLPs) for 80 cents on the dollar. (MLPs are the toll bridges of the energy sector, charging oil and gas producers to ship their products down their pipelines, then passing the bulk of these funds over to us as dividends).

This discount also helps support CTR’s dividend because management only needs to earn a return on its NAV, rather than the discounted market price, to cover its payout. In CTR’s case, they need to get a 5.8% return on assets to sustain the 7.1% yield on market price, which is the yield you and I get. They’ve had no trouble doing that.

Even as the S&P 500 sinks, CTR’s focus on MLPs has helped management bag a 35.7% total return on their investments over the last year, enough to cover payouts for the next six years!

The fund is also a good way to buy MLPs without the hassle of the complicated K-1 forms you get at tax time if you buy MLPs individually. Buy them through CTR and you can skip that hassle and just get a simple Form 1099 instead.

BIGZ, which is less than a year old, trades at a 19% discount to NAV, as the market has sold off the sector in the last few months. That’s the lowest discount of any BlackRock fund trading on public markets.

As a result of that discount (and the accompanying drop in BIGZ’s share price), the fund’s yield has soared to its current high level. And it’s sustainable because management just needs to get just an 11.9% return on their investments to keep the payout going.

Since its inception seven and a half years ago, BST has returned an annualized 17%, far above what BIGZ needs to pay out its dividends. And since these are both similar funds, focusing on tech and using BlackRock’s massive market access to pick winners, it seems that BIGZ is a way to get in on the ground floor.

Finally, let’s move on to a corporate-bond CEF called the Western Asset Diversified Income Fund (WDI). It’s another new fund, having launched a bit less than a year ago, and currently trades at a 14.7% discount after many traders sold it with the Fed’s plan to raise interest rates.

Here’s why they were wrong to do so — and why nabbing that near 10% income stream at this low price is a great idea. WDI’s sister fund, the Western Asset Mortgage Opportunities Fund (DMO), has a slightly different focus (on mortgage-backed bonds rather than a mix of mortgage-backed and corporate bonds), but a longer history.

And DMO not only did fine the last time the Federal Reserve hiked interest rates in the mid-2010s, it posted an annualized total return of over 20% per year while sustaining payouts to investors. From late 2015 to mid-2019, the Federal Reserve raised interest rates 900% (more than economists expect the Fed to raise them now), and not only did DMO survive — it thrived.

Savvy investors who bought when others were panicking about rising rates were rewarded with nearly a 50% return in just two years. I expect a similar outcome for buyers who pick up DMO today.