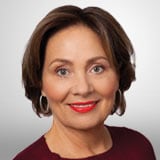 Long-term gains are most likely in stocks, but there are still some good rewards to be had from certain areas of the bond market, writes Janet Brown of NoLoad FundX.

Investors enjoyed a great start to 2013 with the DJIA, S&P 500, and Russell 2000 each up double digits for the quarter. The EAFE and Nasdaq trailed behind, but were still positive.

Not all of the stock market indexes delivered gains to investors in March. Emerging markets, for instance, were negative for the month, and remain slightly negative so far in 2013.

At long last, US stocks surpassed their highs set five years ago, about the same high that had been set 13 years ago. With last month’s strong performance, the S&P 500 is at a fresh high, but basically at the same price level as 2000 and 2007.

A recent report from Ned Davis Research, a Florida-based firm that provides research to institutional clients, explains that investors are getting more for their money now. Ned Davis found that the S&P 500 is at a much stronger place fundamentally in 2013 than it was in 2007 or 2000.

Based on earnings, sales, dividends, and book value, stocks are cheaper now than they were at the previous two peaks. Cash levels are higher, and debt to assets is now lower. While we don’t know where the near term will take us, we are convinced that stocks are the place to be for the long term.

Interest rates haven’t risen (at least not yet), but bond market volatility has certainly increased this year. The Barclays Aggregate Bond Index has bounced around this year-to-date, with little reward for greater volatility: the index gained just 0.07% during the first quarter.

Since the index is considered a proxy for the overall bond market, some investors might think that bond investors now have no choice but to accept higher volatility as they pursue long-term gains.

Our Monthly Flexible Income Portfolio (MFIP), however, tells a different story. The MFIP posted market-beating returns for the quarter with far less volatility than the index, evidence that some areas of the bond market have been doing well.

The Barclays Aggregate Bond Index holds primarily Treasuries and mortgage-backed bonds, which are more susceptible to changing interest rates (both fell in January when rates increased a bit). But MFIP isn’t limited to just one area of the bond market. It has access to many different kinds of bonds and bond strategies.

The current portfolio has exposure to short- and intermediate-term US corporate bonds, high-yield bonds, and foreign bonds (hedged into the US dollar). It even has exposure to low-volatility equities. The MFIP has little exposure to Treasuries.

Being different than the index isn’t always better, of course. The Barclays Aggregate Bond Index outperformed the MFIP for two months in 2011, a period that heavily favored Treasuries. But the MFIP’s active, diversified approach has paid off over time.

In a low-yield environment, yield-focused investors may be led to invest in riskier funds, like high-yield bonds—or worse, longer-term bonds, which can be as volatile as stocks. We can use high-yield bonds, but we limit exposure to these more aggressive areas in order to limit the overall volatility of the portfolio.