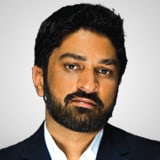 On Feb. 7 it announced that its wholly owned subsidiary, 7ACRES, has entered into a supply agreement with the New Brunswick Liquor Corporation to supply recreational cannabis to its retail stores and has been registered as a supplier in the province of Saskatchewan.

A day later Supreme Cannabis received approval from The Depository Trust Company (DTC) of New York to make the Company’s shares DTC eligible. DTC is a subsidiary of the Depository Trust & Clearing Corporation, which manages the electronic clearing and settlement of publicly traded companies.

And finally, on Feb. 12, Supreme Cannabis reported record growth in the second quarter fiscal year 2019. Below are some highlights from the report:

"We're pleased with our second quarter results, which show meaningful revenue growth quarter-over-quarter and continues to reflect our strong operational execution," said Navdeep Dhaliwal, CEO of Supreme Cannabis in a release. "Since Supreme received its license over two years ago, we have been one of the fastest scaling Licensed Producer's in Canada, demonstrated by one of the strongest first years of revenue in the sector."

The expanded distribution and DTC eligibility has the potential to turbo charge what has already been dramatic growth.

Saskatchewan and New Brunswick are the seventh and eighth provincial partners for 7Acres alongside British Columbia, Alberta, Manitoba, Ontario, Nova Scotia and PEI.

"We're excited to announce that 7ACRES-branded products will be available for adult-use in eight Canadian provinces coast-to-coast," said Dhaliwal. "In a short amount of time, 7ACRES has won multiple awards and received overwhelmingly enthusiastic consumer feedback. Our Company has made it a priority to expand 7ACRES' domestic distribution so that more Canadians will be able to experience our High-End Cannabis products."

Securities that are eligible to be electronically cleared and settled through DTC are "DTC eligible". This electronic method of clearing securities speeds up the receipt of stock and cash, and thus accelerates the settlement process for certain investors.

"DTC eligibility greatly simplifies the process of trading our common stock in the United States, further improving our investment appeal south of the border," Dhaliwal said.

In a short period of time, Supreme Cannabis has not only a demonstrated its fiscal sustainability, but also provided proof of its long-term growth outlook by expanding its distribution channels and created the ability for investors to invest in the burgeoning Cannabis sector leader more easily. 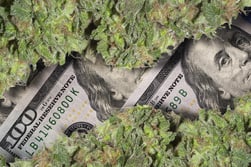 In February, the Supreme Cannabis Company (TSX: FIRE) made several announcements that highlighted it... 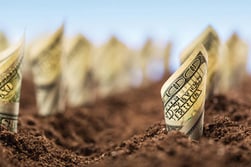