Trading Lesson: Why We Follow the Whales of Forex Currency Markets 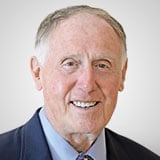 Who are the foreign currency whales and why should small fish traders care? Veteran traders Jeff Wecker and Stephen Nos Biggs Gibson outline four types of whales in today’s Trading Lesson. Look for more Trading Lessons every Friday on MoneyShow.com.

There is only one prime reason to learn how to follow the “whales” of the market.

These entities, The whales control direction of price and liquidity.  For “small fish” like most of us reading this discussion, we should accept reality and simply learn to follow their lead and avoid anticipation of price movements.

For our definition we assume that a whale has over $50 billion USD at risk as a minimum daily.

Algorithm trading so now so sophisticated that the whales can “paint the candle charts” with bullish and bearish chart patterns in lower time frames that act as merely “chum” for the little fish to have them congregate for whales to devour sometime during a trading session.

But who are these whales? We can agree they are four primary categories.

It’s our belief that by learning to see the whales’  intentions (we call it directional bias) on monthly time charts and then using a reliable EA or system  that trades in the direction you can see on the monthly chart  is  a consistently solid method to build success with forex trading for the “little fish” like us.

One EA we particularly like is Forex Forager, developed by Jeff Wecker, former CBOT member and moderator of the well-known international Skype group Currencies, Coffee and Croissants (CCC). The group consists of 90 currency traders from 33 different countries who meet on Skype daily to discuss robot strategies and specific trades.  Forex Forager is well known among forex pros as a great news player.  It is also an expert at entering swing and long-term trades with less than 15 pips of risk.

Stephen Nos Biggs Gibson has been active with clients since 2012. Since retiring from public education in 2013, he has devoted full attention to trading and education activities  with clients  in Europe, Australia, Taiwan and the USA.

The Currencies, Coffee and Croissants group is open to all traders interested in currencies. Just contact Jeff Wecker here to join CCC.