Deere & Company appears ready for a rally as its recent poor performance has put it in oversold territory and it recently made a double bottom, says John Rawlins.

There is no sector that is as affected by the ongoing trade war and US-China trade negotiations as agriculture.

Therefor is may be strange to apply the QuantCycles Oscillator analysis to a stock so attached to agriculture as Deere & Company (DE), but every market has cycles regardless of the fundamental drivers.

Deere, in fact weakened at the end of last week after it downgraded its earnings guidance for the rest of 2019. This surely was affected by the ongoing trade conflict as the initial guidance was made when there seemed to be a general optimistic view a U.S.-China trade deal would be done.

The weekly QuantCycles chart on Deere had turned positive at the end of March and the stock responded on cue up until the second quarter earnings report. 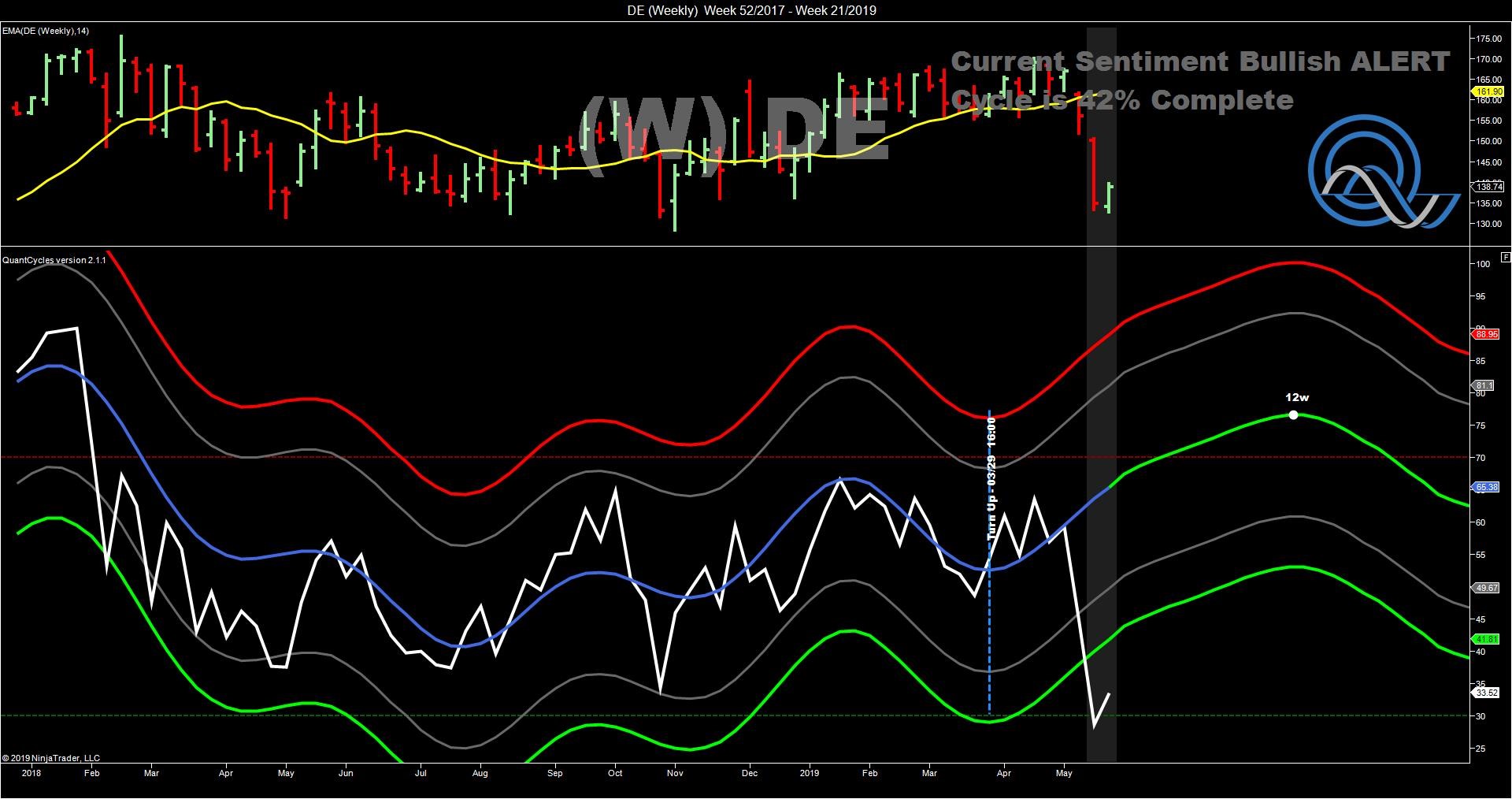 This pushed DE into extreme oversold territory, with a 12-positve trend projected.

The daily oscillator bottomed and turned positive more recently. As you can see, last week’s sell-off has put the daily into extreme oversold territory as well. 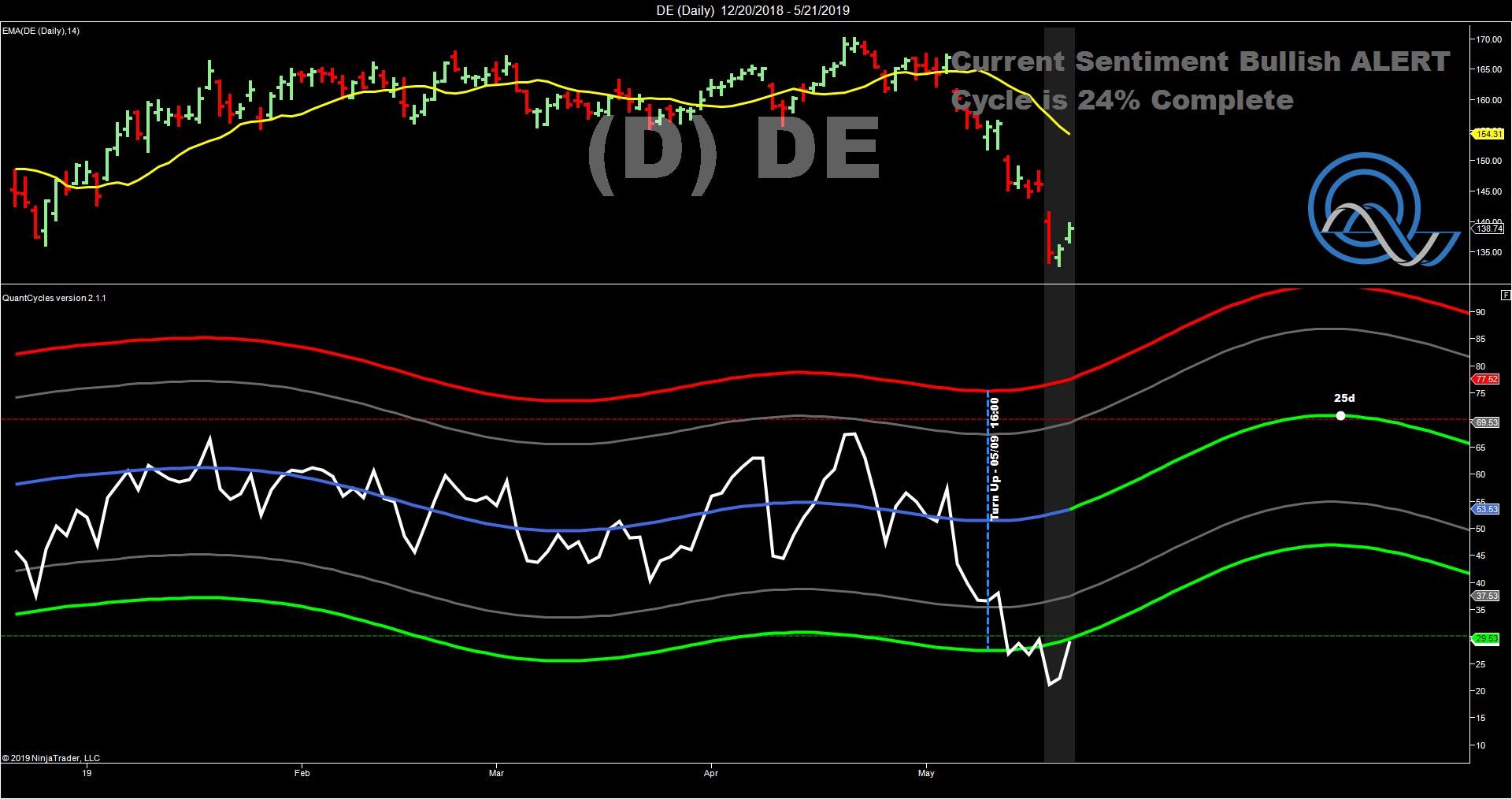 This is an extremely bullish outlook.

The four-hour chart is also positive, though with some near-term turbulence. 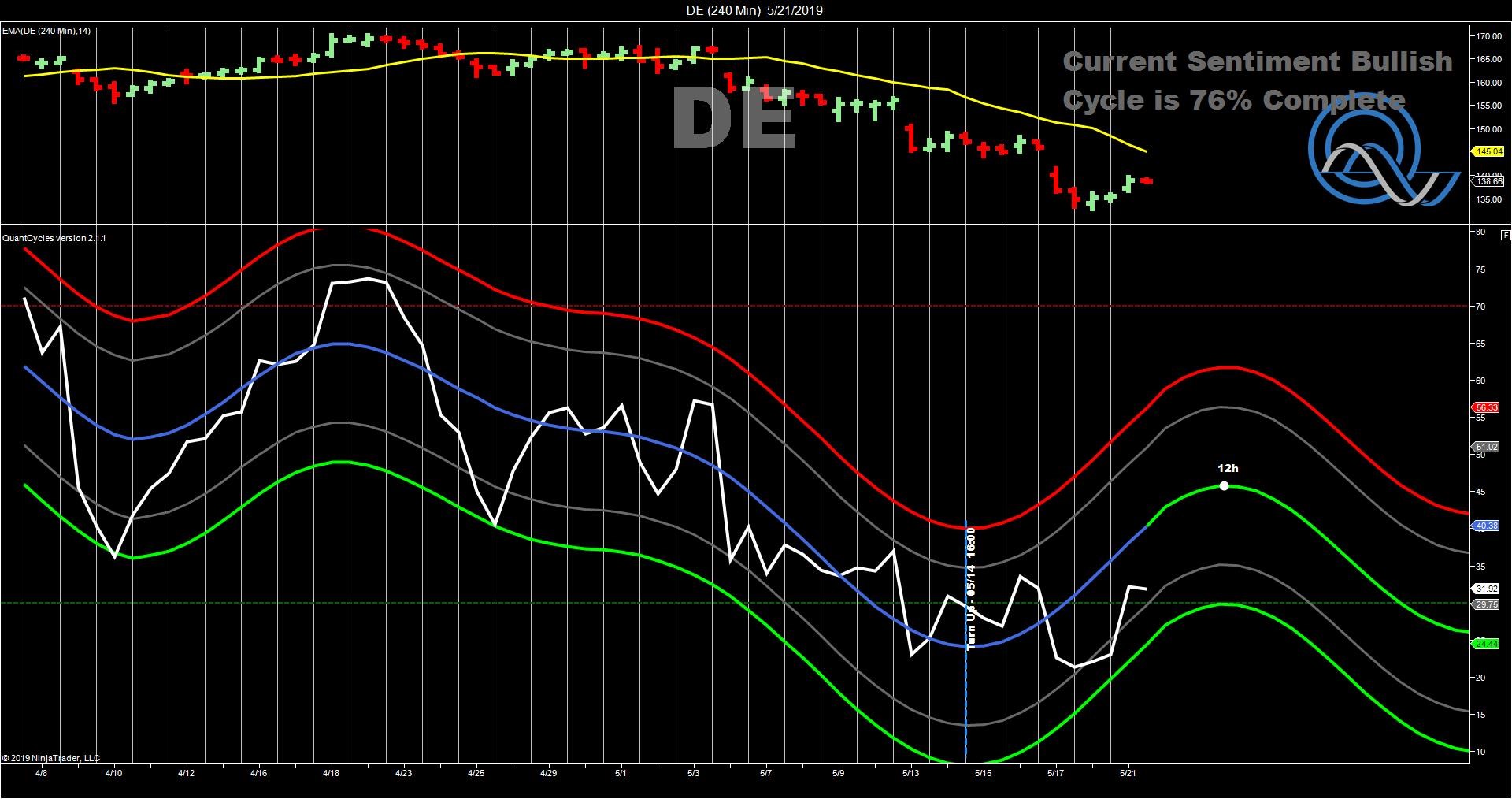 Two things to remember is that, as of now, most of the bad trade news is in. And if farmers received a government trade subsidy from the Trump Administration as promised, it may be a good time to retool.

The other is that DE is close to major support at its October 2018 low around $133. In fact it could be viewed as a double bottom have just come very close on last week’s sell-off.  Obviously this can be broken, but it gives bulls a nice close backstop. Go long with a tight stop.