This historic bull market has been brought to you, to a great extent, by stock buybacks, reports Landon Whaley.

On several occasions this year, we’ve discussed the record amount of U.S. corporate buybacks over the last decade, and in particular, the feverish ramp-up in share repurchases over the previous two years.

Well, as they say, a picture is worth 1,000 words. Based on data compiled by Goldman Sachs, U.S. corporations have repurchased $3.8 trillion worth of their own stock over the past nine years (see chart). 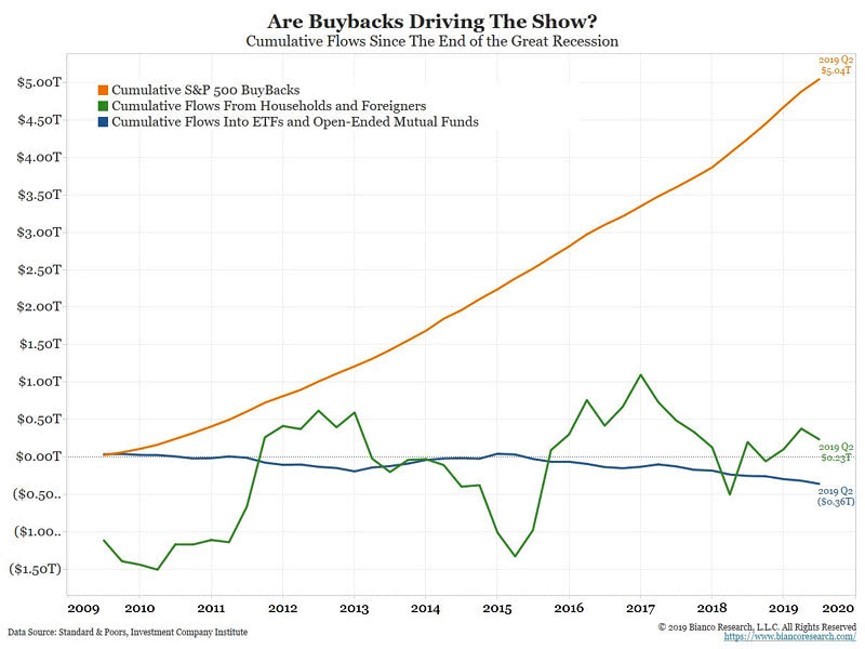 These buybacks represent more money than has been invested in U.S. stocks by individual investors, mutual funds, pension funds and foreign investors, combined!

According to Bank of America, last week alone, buybacks hit the sixth-highest weekly amount in the data set’s history. Finally, as the poster child for buyback distortion, Apple (AAPL) has leveraged bought out itself by repurchased more than one-third of its outstanding shares over the last six years. Talk about leveraged buyouts! At its current pace, Apple will essentially take itself private by 2030!

They say a picture is worth 1,000 words. I say this picture, like Shakira’s hips, doesn’t lie.