Can Invitae Succeed in Genetic Diagnostics? 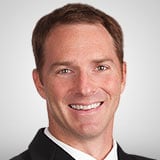 The company specializes in genetic diagnostics across all stages of life, including perinatal, prenatal, pediatric and adult. Management has been working to pool genetic tests into a single service that could be offered at a lower price than current alternatives while delivering faster turnaround time.

Invitae’s growth strategy is relatively simple. By making genetic testing more accessible and affordable it expects to supply a large volume of tests. It’s also building a genome network through partnerships with industry peers and working to share genetic information on a global scale through services that inform healthcare throughout life.

Part of this is because the company’s network of biopharma partnerships is expanding (eight new partnerships in Q1 brings the total up to 40). And also because it is fulfilling its promise to lower costs. The average cost of a test in Q1 was down 19% to $226. In 2014 the cost was over $1,300!

With such bright potential why is Invitae’s stock in the dumps? The short version is that Q1 2019 revenue missed expectations by 14%, mostly due to light testing volume, lower prices on PAMA rates for cancer testing and payer mix shift from pharma customers.

Despite the light quarter management reiterated its 2019 outlook and the business appears to be healthy. The best way to play the weakness is to average into a position over time.