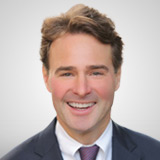 Nine Meters Biopharma (NMTR) is a biotechnology company focusing on patients with gastrointestinal (GI) issues for which no treatments currently exist. The pipeline includes two drug candidates, one for Celiac disease and one for short bowel syndrome, suggests Adam Johnson, editor of Bullseye Brief.

Celiac disease is an autoimmune functional GI disease characterized by an inflammatory response to dietary gluten, causing abdominal pain and gas that are often severe and life-altering.

Short bowel syndrome is a life-altering, life-threatening orphan disease caused by a significant shortening of the gastrointestinal tract. It leads to impaired nutrient absorption, diarrhea and metabolic complications.

The first drug candidate, oral larazotide, represents the only Phase III therapeutic in development for Celiac disease, with interim analysis expected in the second half of 2021.

Larazotide prevents the gluten breakdown product gliadin from entering systemic circulation and propagating an inflammatory response. Nine Meters aims to introduce larazotide as an adjunctive therapy in celiac disease to restore physiology, minimizing symptoms in tandem with a gluten-free diet.

NM-002 uses a proprietary technology to extend the half-life of the GLP-1 peptide, allowing for once- to twice-per-month dosing, which considerably increases convenience for patients and caregivers.

Each of these treatments has demonstrated strong initial success, and may prove effective for additional indications beyond the current trials.

The critical Phase III trial for Celiac will produce data in early 2021, while the drug candidate for SBS has received orphan drug status from the FDA and accelerated Phase II trials began in September.

Notably, the recent recapitalization was spear-headed by well-known biotech specialist OrbiMed Advisors, which retains a seat on the board.