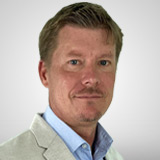 It wasn’t a toy, or a vase, or a bike frame. It was a steak. It was 3.67 ounces of real, animal tissue, fat and muscle sewn together like a work of art. The largest 3D printed steak ever. And nothing had to die.

Meat and dairy production accounts for about an eighth of greenhouse gas emissions. This is only going to get worse as the newly minted (and growing) global middle class demands a more Western diet. Meat consumption is expected to increase 14% by 2030 and between 35% and 67% by 2050.

While the numbers aren’t as stark for chicken, pork, and diary, big differences persist. But growing meat in a lab — where chemical processes can spur cell division and produce protein with infinitely less water, space, and energy, and without any antibiotics or misery — could soon offer a bone-in-ribeye cheaper and with less ethical hassle than any that came from the butchers.

That’s why we recommend purchasing stock in the Israeli company that printed that record breaking steak – MeaTech 3D (MITC).

MeaTech places animal stem cells in bioreactors where they can grow exponentially, differentiate, and then be turned into bio-inks for printing. With an initial public offering earlier this year, MeaTech is the leader in this newborn industry and the only lab-grown meat company publicly traded in the US.

Such an investment is risky. MeaTech 3D is still working on patenting and scaling up its technology. However, we believe in the immense potential for growth in this space.

The meat industry, as it is, has to change. We believe MeaTech 3D is the company to change it. And with an $840 billion dollar global meat sector, that change could be very profitable indeed.