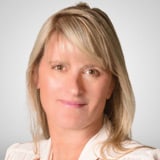 Stocks (SPX) continue to trade near the all-time highs as investors look beyond the noise surrounding trade talks and media drama coming out of Washington, instead focusing on the strong economic fundamentals, writes Nell Sloane Thursday.

There’s talk that President Trump will probably make a formal statement in the next couple of days that he is authorizing U.S. Trade Representative Robert Lighthizer to move forward with the process and details needed to implement the next round of Chinese tariffs.

Most insiders believe it will include the final $267 billion worth of Chinese imports, but probably wouldn't officially go into play for many more weeks.

I still haven’t heard any official announcement regarding China and if their representatives will be attending next week’s trade talks with the U.S. I’ve heard rumors on both sides, but nothing official.

As for NAFATA, I’ve heard that PM Trudeau is starting to come under a bit more pressure inside Canada to find a compromise with U.S. trading partners. I am still targeting a trade resolution with Canada being made between the October 1 general elections in Quebec and the November 6 U.S. midterm elections.

As for today, economic data is fairly light:

Most of the gains are attributed to growth in multi-family units, with starts on buildings with two or more units rising +29% to an annual rate of 406,000 units.

Single-family home building, which accounts for the largest share of the U.S, housing market, rose a more modest +1.9% to a rate of 876,000 units in August.

The EIA reported that U.S. crude stockpiles fell for the fifth straight week, dropping by another 2.1 million barrels, to our lowest levels since early-2015. U.S. gasoline demand remains strong at 9.5 million barrels per day.

From my perspective, it sounds like the Saudis want oil prices up near $80 per barrel. With Iran and Venezuelan production coming out of the supply pipeline, there’s more talk that Saudi Arabia might drag their feet bit, electing to not bump up production to help offset the losses.

This has the market a bit nervous about possible supply shortages as the sanctions against Iran go into ffect.