Time for a Pause in Grain Markets 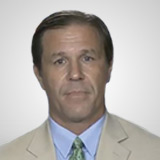 The overall long-term Informed Smart Money Algorithm trends for Ag markets remains on the modest bearish side as the recent rally in prices has brought in steady selling. The short-term Smart Money Oscillator also remains in the modest bearish side. One might expect some near-term corrections in prices to work off the overbought readings in many markets especially the grain markets. So, expect a possible pause in some of the Ag markets that have been outperforming in recent weeks.

We remain guided by the 1993 grain chart pattern as the only other year with anything close to this kind of delayed planting and epic rainfall in the main U.S. growing regions.

In 1993, despite endless rainfall all summer long, the corn and grain markets overall placed a top by the end of June and had a lengthy correction into August before catapulting to new highs into year end.

There are simply too many questions and not enough answers for the market to buy into the current dire forecasts on lower acres and yields even if true.

With improved weather on the way for the first half of July as warmer drier weather marches in, it will be hard for highly charged speculators to hold the line and not sell.

We have a long way to go and August/September will be the key months for yield determination. We like using puts on new crop corn production to lock in a good floor while we are in the current strengthening Smart Money Sell signal on bushels not sold. Corn prices are attractive but when you are in uncharted waters with this kind of weather event best to keep all options open until more can be known.

U.S. dollar weakness may finally be reaching a tipping point on Federal reserve dovishness and on renewed U.S.-China trade talks at the end of the week.

Despite some recent weakness in the El Nino that is offering some easing weather pressures globally short term, the longer term underpinnings remain that El Nino conditions will return in due time.
India and North China remain on our primary watch list. Markets like sugar and cotton could start catching a bid as we move into July in Asia.

Our overall thesis is that a central based El Nino MODOKI driven weather pattern will persist in the month of July. There has been a recent weakening of the El Nino that could offer a brief respite to a warmer drier U.S. pattern in the first half of July and a brief improvement in Asian monsoon activity.

But the strong nosedive of the Southern Oscillation Index in deeply negative territory will begin to strengthen the El Nino yet again and reassert its influence.

The upper level global winds called the global angular momentum is expected to remain positive, which suggests ongoing atmospheric El Nino response. Keep an eye for wet weather to return to the United States and for dry weather to intensify in Asia especially in India and parts of North China.

The interesting thing is that the Indian Ocean Dipole has weakened to a neutral to slightly positive reading which would offer drier outcomes specifically for India.

Vegetative health in India when compared to last year is much worse and rainfall levels in many key areas for sugar, rice and cotton are as much as 50% below normal. The key peak period for the Indian monsoon is between July 1st and August 1st. Failure to deliver rainfall during this time cannot be overcome.

Shawn Hackett is founder and President of Hackett Financial Advisors, Inc. hackettadvisors.com You can sign up for his bi-monthly Ag report here