The Stretch Run to History

There is a week to go, and despite what you may have heard, it’s not over yet. Let’s be clear about one thing, this is not a Democrat vs. Republican issue, explains Jeff Greenblatt of Lucas Wave International.

It’s much larger than that. The authors of The Fourth Turning book predicted what we are living through right now back in the 90s. One thing I do not bother with is the mainstream media. I have exceptionally good sources of alternative news and the consensus right now is they don’t even know, which is rare. Some sources are suggesting Trump is going to enact the Insurrection Act of 1807 (which has been used by many Presidents). Another faction thinks Trump has given up. Legally, he has not conceded. Did you see his Alamo speech on Tuesday? You may not have since the mainstream media refused to cover it. His body language did not portray leadership.

All I’m going to say is if Trump were to use the Insurrection Act, he does have the power to suspend the Constitution. If he were to do that Biden would be finished. The only way he could successfully use the Insurrection Act at this point is if he has support of the military. If you doubt any of this ask yourself the following question. Why is it Pelosi is working so hard to remove a President through impeachment when he only has a week to go in his term? Something is not adding up here.

So, everything The Fourth Turning guys have been pointing to will come to a head next week. Some will view the inauguration as the beginning of the end or the end of the beginning. So, I’m not making any predictions. My role here is to be sure you recognize the enormity of the situation and don’t try to be a hero. Markets will be here after January 20, and I’d treat next week just like I would the actual election itself. Trading is not gambling. It’s taking positions based on some edge that you have. But if you can’t determine what your edge is, it is likely time to sit on the sidelines and wait until the dust settles. The challenge is many traders are immensely proud and need to be right. You can be a hero or make money, but chances are you won’t do both.

For position traders I can only hope you will take the next couple of days to determine your line is the sand and put proper stop losses in place. The next week is a time to be defensive. That might mean the more aggressive of you could get short if the opportunity presents itself. For the vast majority it means don’t give back hard-earned gains you might have since the market bottomed last year.

Intraday and short-term trading will work well in an environment like this. Here’s the most precise way you can buy a dip as this was a condition earlier in the week on the MYM. I show the MYM because it has opened futures trading to a lot of people that might not normally be able to trade the E-mini because the bankroll is not big enough to effectively manage risk. If you can learn to responsibly buy pullbacks or sell bounces you don’t have to be at the mercy of a historical market or feel you need to be in because you might miss something. On this chart look at the pivot at :33 after the hour. Why is this important? The prior pivot was a 33-point pullback. What ended up happening is the next pivot offered up a replication of vibration as the buy signal.

What happens in all financial markets is numbers will replicate but will manifest in a different way. This is incredibly significant. In this example we have one pullback at 33 points with the next at 33 minutes after the hour. All the markets you follow and trade works the exact same way. 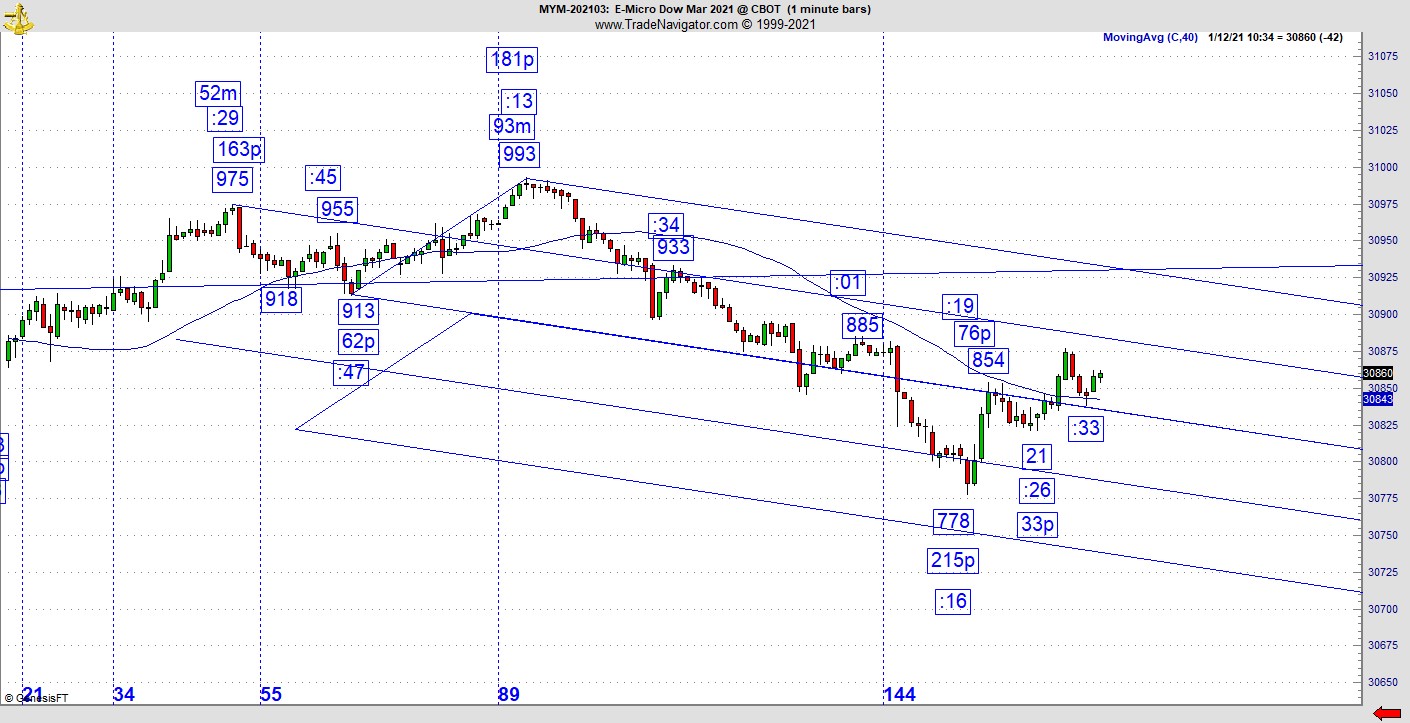 Finally, on the next chart you see exactly what happened. Immediately, it led to a 78-point move, but overall, it led to a move that lasted well into the overnight session. 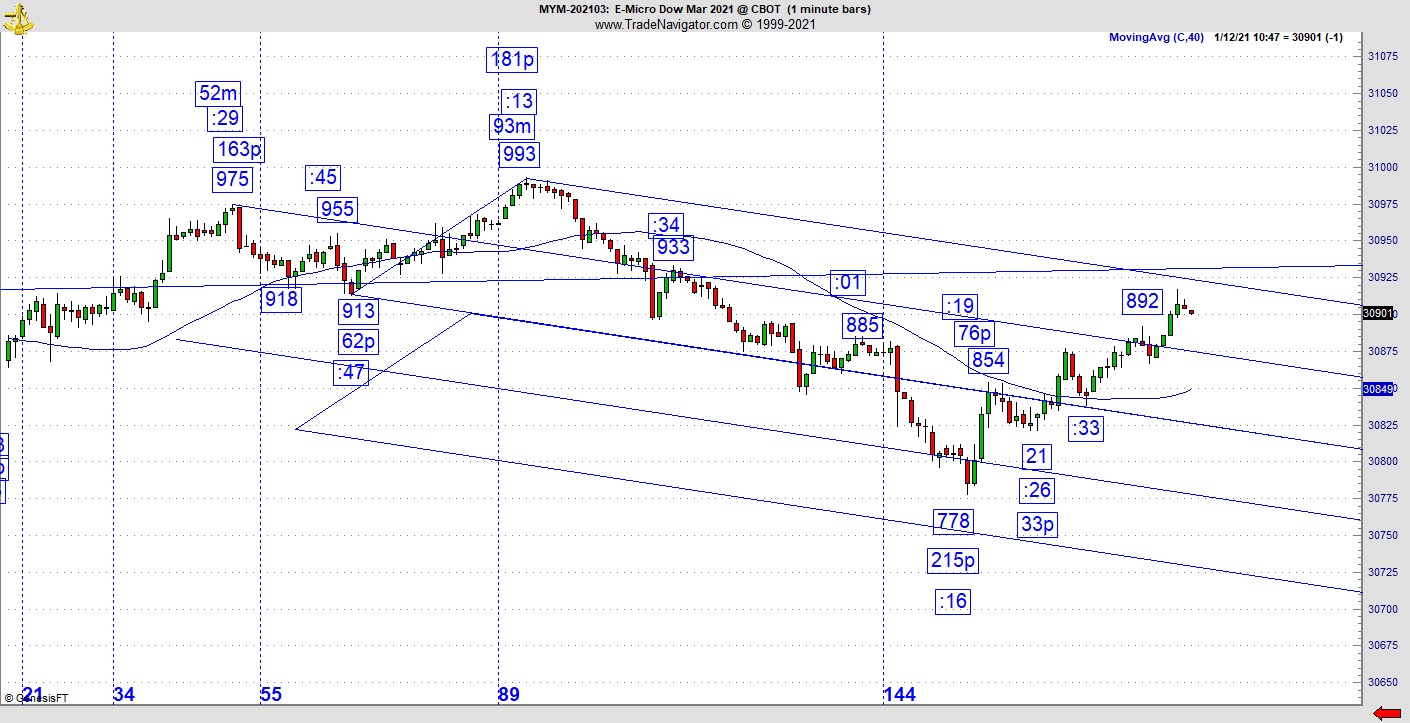 Finally, for those of you wondering what gold is doing at a time like this. The rally from 2015 has finally taken out the prior all-time high from 2011. But it's consolidating sideways right now. This is perfectly normal behavior for a chart retesting important resistance. It is not ready to buy right now although it should go much higher in the long term. We’ve reached a point in the US dollar where it is so oversold it's trying to bounce and develop into a bear-market rally. It will be hard for precious metals to move while the greenback is trying to recover lost ground.

The takeaway here is markets despise uncertainty. Nobody knows what next week will bring, so it is a good time to take a step back. The market is always going to be there tomorrow.