For now, the S&P 500 (SPX) has tentatively found support near 4435. But that only occurred this week, so it is hardly seasoned or tested, says Larry McMillan of Option Strategist.

The first truly tested support area is still the major one at 4370, and that is not too great of a distance from today's levels. As long as the support at 4370 holds, the bulls are still in control although it might not completely seem like it right now. A violation of that support area, though, would change things in a negative manner. 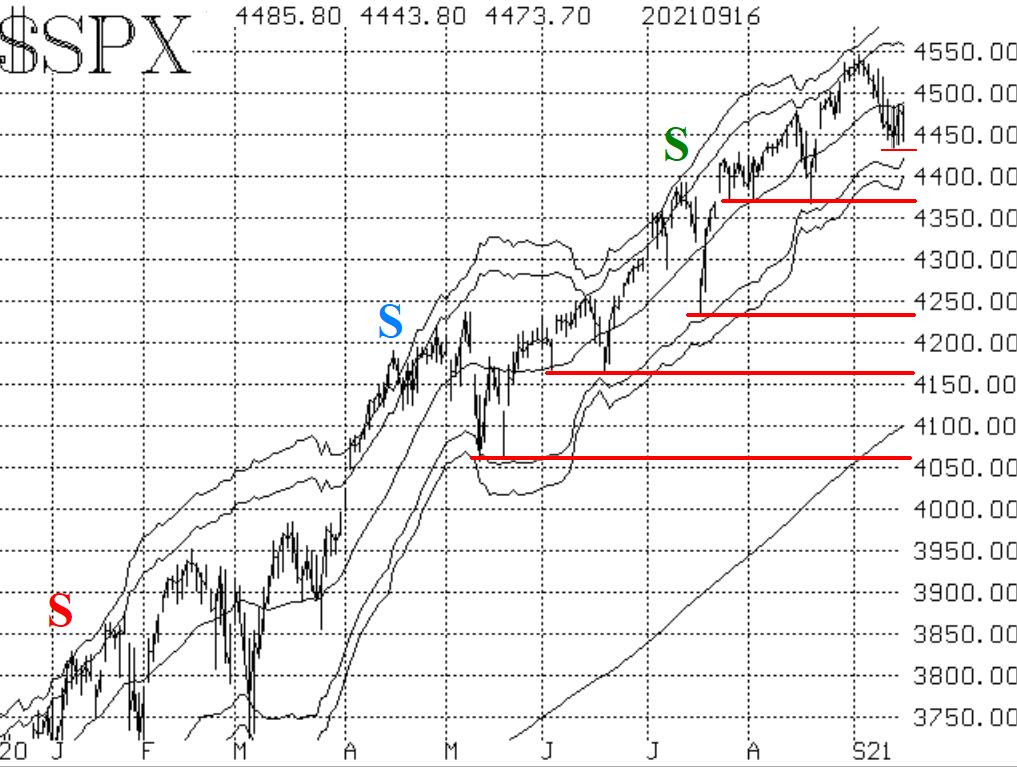 Equity-only put-call ratios are split in their outlook at the present time. The standard ratio (Figure 2) has been declining and thus, has been on a buy signal since early August. It just dropped to a new relative low, so that buy signal has strengthened. The weighted ratio (Figure 3), on the other hand, is meandering sideways and recently has been rising (hence it is marked with an "S" for "sell"). 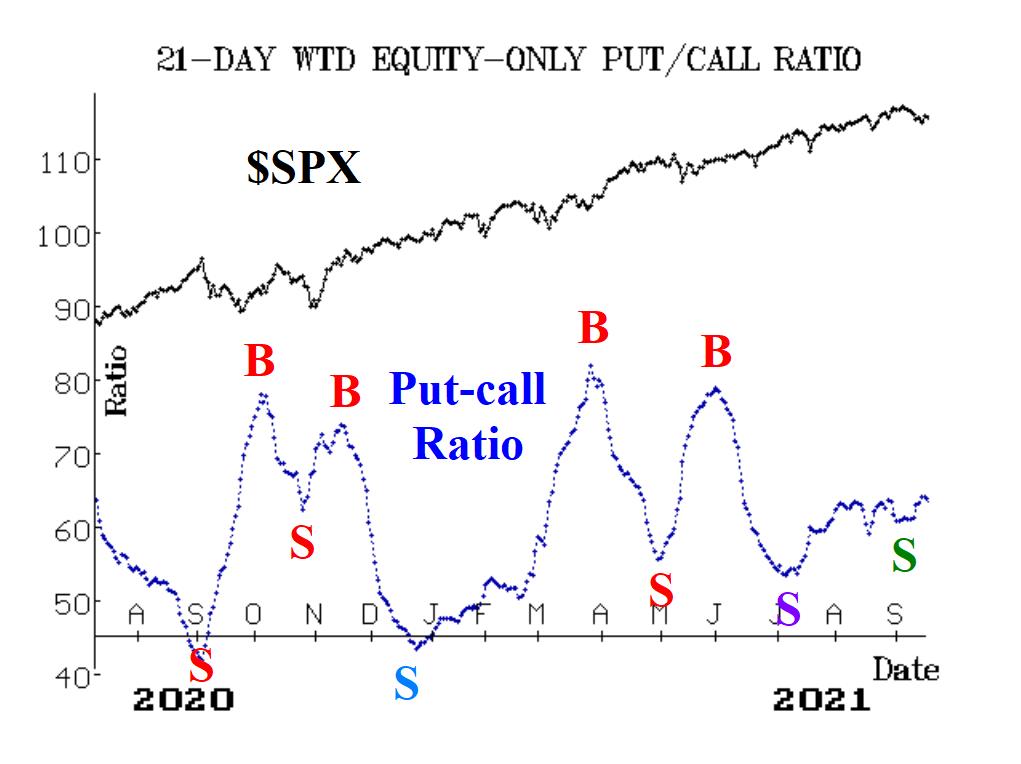 Breadth continues to struggle. Both breadth oscillators are on sell signals at the current time. The "stocks only" breadth oscillator fell into deeply oversold territory, which is a precursor to a buy signal, but that buy signal has not been forthcoming. 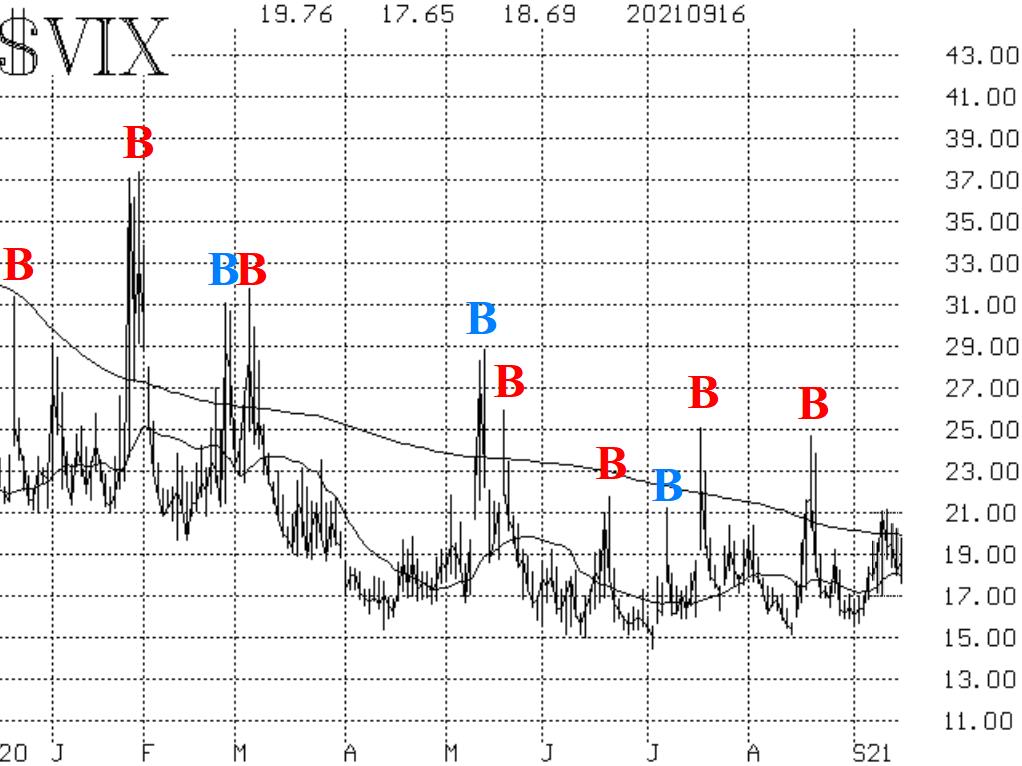 The CBOE SPX Volatility Index (VIX) "spike peak" buy signal of August 19 remains in place. As one can see from the chart in Figure 4, VIX has risen a bit, but there is definitely no spike. The trend of VIX remains friendly to stocks as well. In summary, we will retain a bullish attitude as long as SPX remains above support. However, if support is broken, we will begin to accumulate put bear spreads.