A Busy Week Ahead

Friday’s note highlighted how equities were sitting on a fence with participants trying to decide where to go next, states Ian Murphy of MurphyTrading.com.

It would appear they made a decision over the weekend. Chinese and Japanese markets are closed for a holiday today, but European markets are selling off strongly. 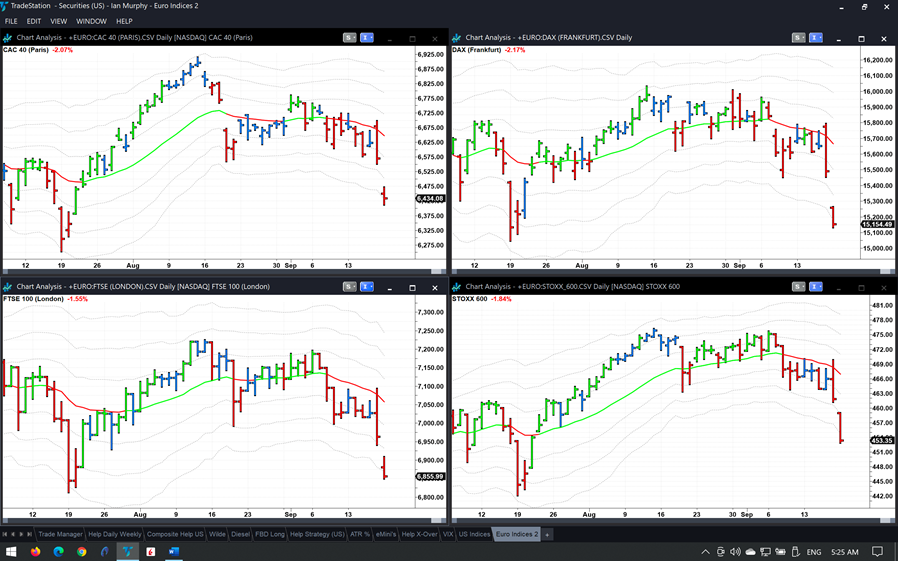 The main European equity indices gapped down at the open and were off an average of 1.9% at 05:25 ET as investors and traders moved out of equities and into less-volatile assets.

The risk-off sentiment kicks off a week, which is stuffed with potential market-moving events in the US. Tomorrow at 08:30 ET we get Building Permits for August, the Fed will make a decision on interest rates followed by a press conference on Wednesday. Then on Friday, Chairman Powell speaks again, and we also get new US Home Sales. 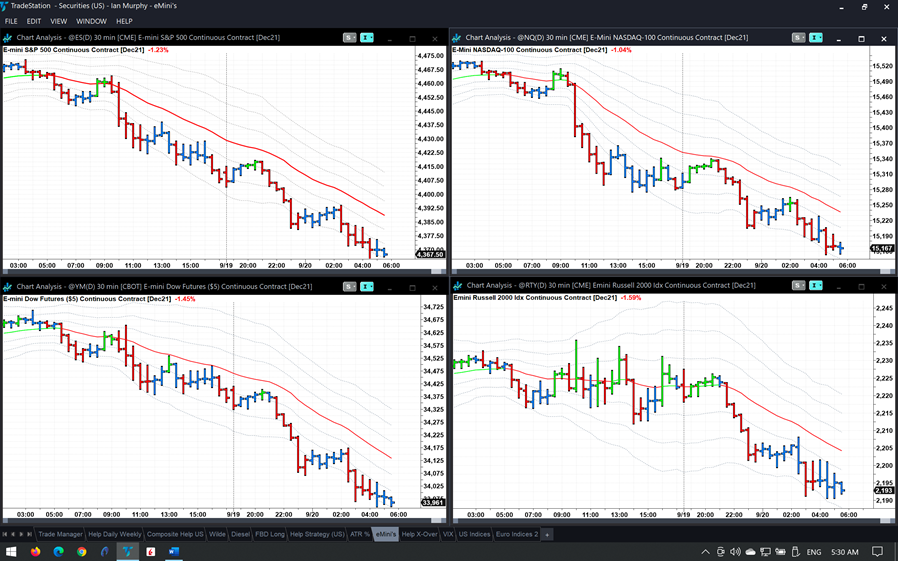 Sentiment in Europe is mirrored in US index futures, which started trading at 18:00 ET on Sunday before Europe opened and gave the first indication of where participants' sentiment lay. At 05:30 ET the big four were down an average of 1.3%, which will no doubt also lead to a gap down when the regular session begins in four hours. 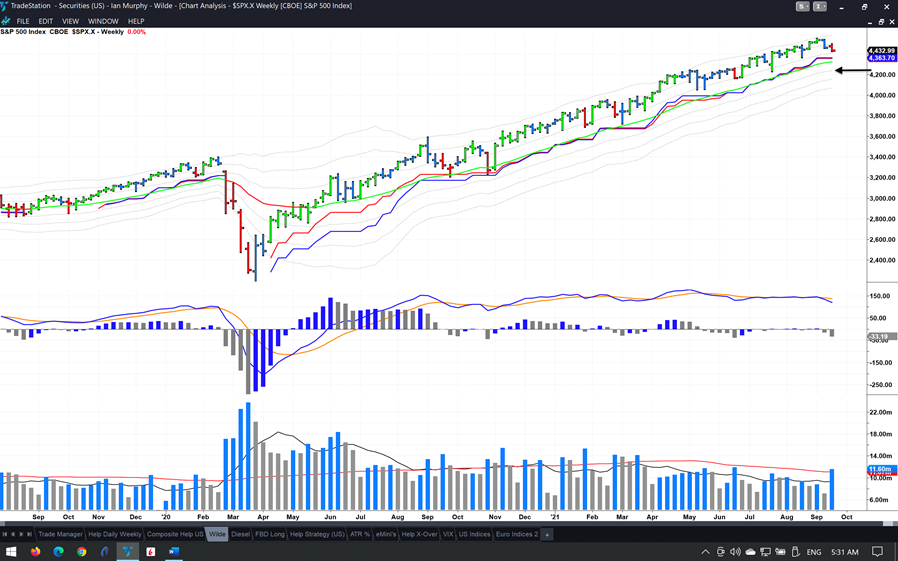 In terms of support levels to watch during the week, the -1ATR line on a daily chart of the S&P 500 was breached on Friday. The next level to watch is the trailing stop on a weekly chart at 4363.70 (blue above). After that the EMA is in focus because this has held in every pullback since March 2020. The final line in the sand for bulls will be 4323.96 (black arrow), as this is the -1ATR on a weekly chart and the technical level where we enter a bear market.

Both of my accounts are sitting in cash since Friday. The WTF trade in Intel was closed out for failing to close positive and above the EMA as specified in Wednesday’s note, and there has not been another Help Strategy trigger.

In the week ahead, be cautious, use protective stops—but also be on the lookout for a new Help Strategy trigger. The most profitable triggers often occur at the end of a deep selloff.