4 Fibonacci Ratios to Know Inside Out 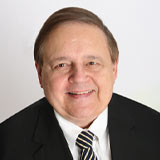 Trader and author Larry Pesavento discusses the four critical Fibonacci ratios he uses in his trading, and why buying into weakness or selling into strength is important.

It's probably one of the more misunderstood parts of technical analysis, because when Elliott first started to talk about Fibonacci ratios back in 1938, he basically only brought out .618, .382, 50%, and 1.618. He neglected to look at the square roots of these numbers.

When I look at Fibonacci ratios, what I'm watching for is the trend. The market can only do one of three things at any one time: it can either go up, down, or sideways.

Retracements get a lot of talk in media, but not as many people use extensions. That’s because most people don't like to sell into strength or buy into weakness, but for professionals, that's what we try to do because that's when risk is the smallest. We're concerned about how much we have at risk, not how much we're going to make.

If a market is going down and we can correctly time the price of where we think it's going to enter—either rightly or wrongly—we know exactly what we're going to risk. And if our payout is better than 3:1, and our probability is better than 70%, that's an ideal situation for trading.

So how should a trader actually put on a trade with these ratios? You prepare the night before, or the day before, or two days before—whatever you're ready to trade—and you have this predetermined spot based on these patterns and ratios that are completing, and as soon as they hit that level, you're ready to act.

There's only one situation where you don't act at that time, and that is if there is a huge gap coming into the time frame and price that you want. That's telling you that there's a great deal of energy in the market, and you want to wait until that dissipates before you enter.

So you wait a few bars, either daily or hourly—whatever it is—to make sure that you don't have to “catch the falling knife.” That's what you are looking at.

How far you put your stops from these levels depends on your risk parameters. If you are willing to risk a lot—which I don't think is the right thing to do—you can use a wide stop. But, if you do your work correctly, you should place it with the amount of money that you want to risk at any one particular time.

Frankly, someone with a very large account would use about 1%, I would think, and that would be fine. That would mean you would have to be wrong 50 or 60 times in a row to get your equity at the 50% level, and the odds of that happening is pretty much an outlier event.