The Dove Flies Into a Shotgun Blast 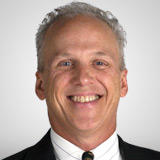 The dove flies into a shotgun blast, as harsh reality does indeed return, states Jon Johnson of Investment House Daily

The "Powell Push" gets shoved back down. The indices are near 2022 lows, but we are holding onto a flicker of hope that support will be found. It will be...someday. Productivity is horrid, labor costs are surging, exports are horrid, oil imports are up by 24%, and foreclosures are surging. Yes, the economy is “not anywhere near a downturn.”

Some areas are actually not bad, but each attempt higher, of late, has undermined all the sectors, even those that are trending higher. The jobs report was due on Friday, but regardless of if it was up or down, few would take solace in the numbers. If it was too hot, the Fed would continue tightening. If it was too low, nothing would change in the near term.

As one commentator noted, "Should it be called Sinko’ de Mayo?" This time, the day after the Federal Open Market Committee (FOMC) did in fact trade the opposite of the post-FOMC session trade. 2.7% gains were turned into 3.1% to 5% losses. Those breaks over the 20-day exponential moving average (EMA) and the one over the 50-day EMA (DJ20) gave up as fast as Private Dewey Ox Oxberger (played by John Candy) surrendered to the Russians in the 1980’s movie "Stripes."

It was a choppy market that had big moves higher and big moves lower. The overall trend, however, was down.

The FOMC tried to throw a wrinkle with "Pushover Powell" saying that a 75-base-point hike was not in the cards and that, indeed, a 25-base-point would be the more likely choice between the two. The markets loved it...until they didn't, and that took place during the next session.

Below are some gains that we banked in a volatile market over the past week, as we took the middle parts of moves. We did not want to get caught in the reversals that seem to occur during each session.