A Top-Rated Strategy for Risk-Adjusted Returns 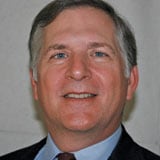 Stephen McKee, editor of Selections & Timing, discusses the divergences he sees between the short and long-term outlook for stock market as well as between Treasuries and high yield bonds–and highlights some current favorite ETF for the current environment.

Steve Halpern: Our special guest today is Stephen McKee, editor of the top-rated advisory service, Selections and Timing.  How are you doing today Stephen?

Stephen McKee: Very good.  Good to talk with you.

Steve Halpern: Well, thank you for taking the time.  Could you discuss the underlying strategy behind your family of newsletters and an overview of the different publications you offer?

Each of these services is based on the idea of trying to make the most return and the least risk.  I think everybody sort of wants that.  I’ve been in the business since the early 80s, talked with thousands of people, you know and everybody will say, yeah I want to make money and not lose it.

And that’s the whole strategy of what we do -- and plug in the numbers and run the rankings -- and then come up with what we call our C ranking, which we can talk about in a little bit.

Steve Halpern: Now, from an investment time horizon perspective, are your services more geared for the trading community or for longer-term investors?

Stephen McKee: Well, the same metric that I mentioned, it is a risk-adjusted relative strength number and it grew out of the work that came from the '50s with modern portfolio theory, and we stretch and can change the timing and the monthly or weekly inputs.

So for the mutual funds, we force at least a three-month holding period for ETFs of course, you can buy and sell daily or minute-by-minute if you’re inclined, but we come out on a weekly basis there.

And then it’s the same with the 401(k) plans that we do like for General Motors or Mayo Clinic or Bristol-Myers.  We look at least a two-month holding period, but it’s the same idea that it’s a proactive location strategy were you try to stay with the leaders and avoid the laggards.

Then as part of our name is, selections and timing, so our C-model is the selection process and then for the timing part of it, we began to say okay, you know, a money market fund is an investment.

It is a mutual fund and so we plug that in along with an equity fund or a bond fund or a balanced fund, small caps, large caps, internationals, and we say okay which of these areas is providing the most return and the least risk.

And there are times where cash answers that question, you know everybody knows the bear market where passive investors lost half their money; well, active investors, if you were following our strategy, I believe we were down something like 5% or 10% in 2008 because cash was the place to be.

Steve Halpern: Now I’d like to point out for our listeners that the Hulbert Financial Digest has ranked your No-Load Mutual Fund newsletter the number one risk-adjusted performer among all newsletters over the last 20 years, so it appears that this has been working well.

Now, I’d like to also turn to the general market outlook, particularly your observations over the divergences between what you see as the markets short and long-term cross currents.  Could you explain this?

Stephen McKee: Right.  A couple of or about a month or so ago, you know the market sort of looked like it was topping in December and then it plunged in January, rallied a little bit, and then fell back down.  On that second selloff in early February, a lot of our indicators became very oversold.

The number of new lows, for example, spiked way above 800, got up, if I recall correctly, about 1400, which is associated with the bottom.  The percentage of bullish advisors dropped significantly to again normal readings like you might find at the bottom of a bear market.

The financial stress measures that we do spiked higher indicating that there was lots of stress, lots of selling, and at least on a shorter term basis, and it has.

But then if you step back and say okay, where’s it going to go over the next year, you say, well where are my longer term indicators and a couple of those people are very familiar with the CAPE ratio, the cyclically adjusted PE ratio averaged over 10 years, that thing is overvalued.

Other valuation metrics like price-to-book or price-to-sale or price-to-GDP; these things also show overbought, overvalued.

And then the other main negative is the New York Stock Exchange margin debt, and it has peaked, it’s rolled over, and the last two times it got to these levels and then rolled over was back in 2000 and also 2007 and we all know what happened over the subsequent 12 to 16 months thereafter.

So, on a shorter-term basis, we are looking for this rally, then but longer-term once it peters out, we think the markets heading lower.

Steve Halpern: Now, looking at the income markets, you also notice the differences in your assessment of treasuries versus high-yield.  Could you touch on that, and also perhaps you could discuss the PowerShares Preferred Portfolio ETF (PGX), which you view as a recommended holding in this environment?

Stephen McKee: Sure.  The Treasury Market, which of course is very safe.  It’s made up of US Governments, and we look at the 10 to 20-year area — which is the iShares Lehman 10-20 Year Treasury Bond ETF (TLH).

We compare that with the high-yield markets, which we measure as the SPDR Barclays Capital High Yield Bond (JNK), which again is another ETF.

It’s a simple ratio and you sort of look at the two prices, and these prices that we have are adjusted for the dividends, so even though the TLH may be yielding around 2% and JNK is yielding about 6.5%, you say, okay is that a fair ratio?

Where has it been in the past years or the past 10 years, and what we did was look at it and say, you know again as part of the measure, I already mentioned about the financial stress levels of the market a couple of months or a couple of weeks ago.

On the flip side, whenever it gets above 100%, it means people are buying head-over-heels in JNK and selling their Treasuries and so it sets up the reverse.

Then as far as another bond-type fund, we like the PGX and the other preferreds; it’s sort of a substitute or an alternative, maybe yields about 5% something like that, 5.5% they own, at least PGX does about 230 different holdings, average five-year duration, 3.7 billion in assets.

But the main measures are C ranking, so on a risk-adjusted relative performance basis, which is that C metric, it’s doing very well and so we want to own some of that.  Now having said that, we measure these things monthly and it can change, so we’ll always keep that in mind.

Steve Halpern: Now, we only got a minute and I hate to put you on the spot, but before we leave, perhaps you’d be kind enough to mention a stock or another ETF idea that you would recommend to our listeners as something they should be considering.

Stephen McKee: Sure.  On the stock area, we do have a separate letter.  We take a value-oriented approach, but rather than mentioning any specific name there — because again it could change, the same thing with the ETF — but it’s a little bit more liquid, we’re long that what I call the World Growth Index.

This is made up of iShares MSCI Emerging Markets (EEM), iShares MSCI EAFE (EFA), iShares Russell 2000 (IWM), PowerShares QQQ Trust (QQQ), and SPDR S&P 500 Trust (SPY), and then we also have a position in Consumer Staples Select SPDR (XLP).

We’re also long, as I mentioned earlier, JNK and then we recently added some iShares IBoxx $ Investment Grade Corporate Bond Fund (LQD) which is another corporate issue, as opposed to Treasuries.

And then in the ETF letter — if people are so inclined — we try to stay with the strongest one and then here about a year or two ago we introduced a short-selling model where we’re short the weakest ETFs and that’s been interesting, so we made money last year there and so far so good this year.

Steve Halpern: Well, maybe in our next interview we could talk more in-depth about the short model.  In the meantime, our guest is Stephen McKee of Selections & Timing.  I really appreciate you taking the time today.  Thank you.