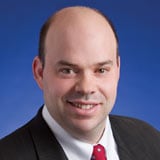 After initially launching a few years ago, there are now approximately 80 ETFs that provide a defined outcome with downside protection and capped upside found in structured products, but with the tax and liquidity benefits of an ETF, explains analyst Todd Rosenbluth, in CFRA Research's The Outlook.

AllianzIM, First Trust, and TrueShares have also expanded their lineups of defined outcome offerings in 2020, giving investors with different risk profiles a variety of ETFs to consider. ETFs that cap the upside and limit the downside to prominent equity indices have swelled in size during 2020.

An array of products known as defined outcome or buffer ETFs are offered by four asset managers. The two largest providers, Innovator and First Trust, combined have approximately $5 billion in assets spread across nearly 70 ETFs, while new entrants TrueShares and Allianz launched a combined 10 ETFs this year.

While there are differences in the upside potential and downside protection of the products, as well as their expense ratios, these ETFs all have a similar goal: to provide risk-controlled exposure to an investment style with limits to how much can be gained or lost within a period no longer than 12 months using options within the ETF.

The defined outcome periods also allow investors to stay invested without having to time the market. After the stated period is up, investors do not need to sell the ETF, but rather can avoid capital gains by sticking with fund for another year with updated upside and downside levels.

Investors typically buy these ETFs close to the start date, but there is liquidity to buy or sell intra-period. According to Graham Day, Vice President of Product and Research at Innovator ETFs, most of the ETF inflows occur at the beginning of the outcome period when investors have the highest upsell potential and the full buffer. The further away from the start date, the range of outcome possibilities expands.

However, Day noted some people will buy an ETF in advance of a new outcome period to limit their downside and then benefit as the new caps are put in place.

For example, BJAN buffers against the first 9% of losses of the S&P 500 Index and currently has a starting cap of just over 13%. The ETF has $150 million in assets and trades on average over 30,000 shares, with a median spread of 0.5% over the last month.

Historically, investors using structured products did not have the liquidity and price discovery benefits of an ETF. On a risk-adjusted basis, investors have benefited. BJAN launched in January 2019, providing a record as a guide to how it participates in the upside, while limiting the downside during a full outcome period.

Of course, the level of volatility in 2020 has been higher than what occurred in 2019, particularly in the first half of 2020. The $75 million Innovator S&P 500 Buffer ETF – October (BOCT), which just reset, paints a strong historical picture.

CFRA’s ETF ratings incorporate an ETF’s record, fees, and analysis of the underlying holdings. Unlike a traditional ETF tracking the S&P 500 Index, such as SPY, where our risk and reward view on Apple (AAPL), Facebook (FB), and Microsoft (MSFT) would help drive the star rating, CFRA does not rate S&P 500 Index options held in BJAN and BOCT.

As they should have, POCT and UOCT rose less in the 12-months ended September than BOCT, but performed much better in the first quarter of 2020.

Innovator ETFs have more competition than before and a range of products. In the past month, AllianzIM U.S. Large Cap Buffer Oct ETF (AZAO), FT Cboe Vest U.S. Equity Buffer ETF – October (FOCT), and TrueShares Structured Outcome (October) ETF (OCTZ) launched, each providing a buffer against the first 10% decline in the S&P 500 Index, and AZAO’s & FOCT’s upside capped at about 16%, while the TrueShares OCTZ, adds a new twist providing an uncapped upside exposure that instead captures about 85% of the return available over the one year outcome period.

Innovator also provides defined outcome exposure to the Nasdaq 100 Index or the MSCI EAFE Index. For example, NOCT and Innovator MSCI EAFE Power Buffer ETF – July (IJUL), provide risk-controlled exposure to the respective indexes behind QQQ and iShares MSCI EAFE (EFA), which investors can use to build a broader portfolio.

USMV and SPLV incur less risk than the S&P 500 Index but can also outperform in up markets or underperform in down markets depending on what happens to the stocks inside. In contrast, defined outcome ETFs own options connected to a broad index, not direct investments of stocks.

ETFs like BJAN have set downside buffers and upside growth potential, which limits the likelihood of an unexpected performance record. Investors with a more conservative risk profile might want to consider defined outcome ETFs, as well as other more established defensive ETFs, for their equity allocation, rather than reducing their core equity exposure.

These buffer ETF provide the opportunity to control for the downside, while participating in some of the upside. In addition, they can benefit from the liquidity and tax efficiency like traditional ETFs like USMV and SPLV.

The growing number of products from different firms provides investors with choices and could bring the premium-level pricing lower over time.