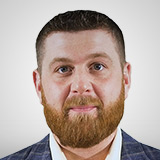 For the uninitiated, rare earths are a group of metals that are critical components  of everything from batteries and wind turbines to smartphones and high-tech war machines, explains Nick Hodge, commodity sector expert and editor of Resource Stock Digest.

As such, they’re highly critical to the defense and clean-energy ambitions of governments across the globe. But the production and refinement of this critical group of elements are more or less monopolized by China.

If you’re having déjà vu, you’re not alone. This same tale spawned a rare-earth stock run back in 2009 that led to thousands-of-percent wins for the best-positioned stocks.

The narrative hasn’t changed any in the past decade.

What’s different this time is the electric car narrative has caught on in a real way. There is  an army of armchair retail traders hell-bent on chasing the entire electric vehicle supply chain.

This, combined with a renewed government focus on rare earths, makes it time to revisit the space once again. Especially because China is once again toying with the idea of limiting rare earth exports.

Like uranium, there aren’t many quality rare earth companies. It’s a very small sector. New names have come on lately and done quite well — almost too well to justify buying them right now.

There may be an opportunity to buy some of them on pullbacks, but for now I’m going to take a little bit of a different direction.

Its magnetic material division, called Magnaquench, is a global leader in bonded neodymium-iron-boron (NdFeB) magnetic powders that are used to provide high-performance magnetics for automotive, factory automation, high-efficiency motors, residential appliances, and many other industries.

Its Q4 earnings are expected to be reported at the end of March, and the company says it “expects its fourth quarter results to exceed analyst consensus estimates of $85-million in revenues and $7.4-million of EBITDA (amounts in U.S. dollars).”

Extrapolated out to a year, we can assume Neo will do US$300 million in revenue. It trades with a market cap of US$445 — or less than 1.5X expected one-year revenues.

That has some catching up to do relative to other rare earth / electric vehicle plays. The shares are consolidating below C$15.60, which is where you should start building a position.