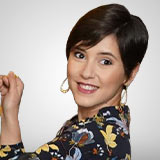 Options bulls are doubling down on Tilray (TLRY), a flailing cannabis stock that has shed 60% over the past nine months, observes Fernanda Horner, an analyst with Schaeffer's Investment Report.

The stock is again slipping after its recent rally off the $14 level lost steam last week, and the shares pulled back to the familiar $10 level. TLRY is also back below its 40-day moving average, which was reclaimed after a long run as resistance.

Despite this negative price action, Tilray stock just popped up on Schaeffer's Senior Quantitative Analyst Rocky White's list of names that have attracted the highest weekly options volume over the last two weeks.

Specifically, 505,279 weekly calls and 89,257 weekly puts have crossed the tape in this time frame. The most popular contract by far during that two-week period was the 11/12 13-strike call.

It seems like this penchant for calls has been the norm lately. This is per the security's 50-day call/put volume ratio of 6.86 at the International Securities Exchange (ISE), Cboe Options Exchange (CBOE), and NASDAQ OMX PHLX (PHLX), which stands higher than 82% of readings from the past year. This indicates calls have been getting picked up at a much faster-than-usual pace in the last year in the last two months.

The brokerage bunch is not so optimistic, with 12 of the 15 analysts in question calling TLRY a tepid "hold" or worse. Short sellers have been piling on the equity, too, with short interest up 13.2% over the last two reporting periods. Now, the 43.30 million shares sold short make up a whopping 9.8% of the stock's available float.

Options sure look like a great way to weigh in on TLRY's next move. The security’s Schaeffer's Volatility Index (SVI) of 96% stands higher than just 8% of readings from the last 12 months, suggesting options players are pricing in low volatility expectations at the moment.