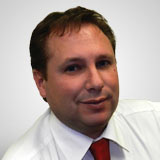 Aemetis (AMTX) is the leader in biofuels and carbon capture in California. We always have to remember how big California is. The state has a bigger economy than all but 14 countries on the planet, asserts Kirk Spano, editor of Fundamental Trends.

The company signed another long-term jet fuel contract and as I mentioned in a webinar, I think they are going to more than double their revenue estimates through 2026-27. They are looking even better after that as their capex will fall dramatically. In the meantime, everything is financed with contracts in hand, with no speculative building.

In 2026 the EPA requirements on fuels and mileage get very tough, and I expect tougher regulations are coming. Even at the low-end of biofuel and carbon capture tax subsidies, Aemetis is in great shape, as that is where they base their projections.

What if some weather event or climate shocking news drives more clean energy policy? There’s really a chance of there being less stringent rules. Aemetis benefits based on current conservative pathways and more if things get more assertive.

In addition, India just required biofuels and Aemetis owns a large biofuels plant there. There’s a lot of money to be made in India as they continue to get more aggressive on cleaner energy.

In my view, oil is now a traders game — not for investors. My experience tells me that traditional oil stock investments are not the place to be anymore. Instead, companies that are already situated for cleaner energy and carbon capture are where the easier and safer to make money will come from. It’s also where the tax credits are headed.

Energy is volatile, so don’t get shaken out, the upside here is to a market cap of $3 billion to potentially an S&P 500 stock. That means I expect 8x or higher on AMTX over the next 5+ years.

Chevron (CVX) is the natural to takeout the company and I think a deal is not unlikely as Chevron continues to build out its biofuels and carbon capture footprints. I don’t see a buyout below $3 billion.

Meanwhile, the stock is getting big accumulation by institutions who are seeing what I am seeing. Blackrock owns nearly 9% of the company now. State Street, AllianceBernstein and Vanguard own around 5%. And, very interestingly, GMO and Renaissance Technologies have added big slugs at 3.5% and 1.5%.

I don’t pound the table often, but in this case, I am making Aemetis the rare “full position” stock at 3-4% of my portfolios. In growth accounts I am buying stock in the $10-12 range.