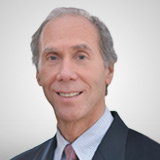 Marty Fridson is a leading specialist in dividend investing; here, the editor of Forbes/Fridson Income Securities Investor looks to a pair of utility stocks — both suitable for low- to medium-risk taxable portfolios.

The company operates in all stages of the energy business — power generation, transmission, competitive energy sales, and delivery. We initially recommended EXC in December 2012 as a Buy for medium-risk investors.

Despite EXC shaving its quarterly dividend by 12% in early 2022 with the spin-off, we continue to recommend the company’s common shares for both low- to medium-risk taxable portfolios. Dividends are qualified and taxed at the 15%-20% rate. With this review we are raising our fair value price from $32.00 to $53.00.

Pinnacle West Capital Corp. (PNW) is an electric utility holding company based in Phoenix, AZ. The company’s primary subsidiary is Arizona Pubic Service (APS), providing nearly 1.3 million customers with clean energy. APS is also the operator and co-owner of the Palo Verde Generating Station, one of the largest nuclear plants and generators of carbon-free electricity.

PNW and APS have negative credit outlooks by both Moody’s and S&P. This reflects a shift to less favorable regulatory framework arising from the Arizona Corporation Commission’s vote to lower APS’s allowed return on equity and possibly disallow cost recoveries. Any negative rating action should be subtle, i.e., just a one-notch downgrade. The company’s present dividend is easily covered.

PNW reported 4Q 2021 net income of $27.6 million or $0.24 per share, surpassing analysts’ $0.17 estimates. Earnings results are in contrast with a year-ago net loss of $19.4 million. The recent fourth-quarter performance was driven by increased customer usage and growth. Total revenue of $798.9 million was up almost 8.0% from the prior-year 4Q period and beat expectations by 14%.

Dividends on this investment are qualified and taxed at the more favorable federal rate. PNW’s common shares are recommended for low- to medium-risk taxable portfolios. Buy at $83.00 or lower for a 4.10% annualized yield.