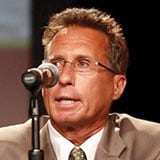 Most railroads are blessed with formidable business moats that are structural in nature. The economics of the business hold the competition at bay, explains Steven Mauzy, editor of Wyatt Research's Personal Wealth Advisor.

A new railroad requires massive amounts of upfront capital. A railroad must obtain contiguous rights-of-way on which to lay continuously welded steel rails. The rails and the underlying foundation cover hundreds, frequently thousands, of miles. Add the capital required to secure locomotives, railcars, depots, and, well, you get the point.

CSX runs on 26,000 miles of track that serve the biggest markets in the northeast corridor: New York, Philadelphia, and Boston. Farther south, Atlanta, Miami, and New Orleans are primary markets. St. Louis, Memphis, and Chicago are served along the western boundary.

I like that CSX holds a strong position in east coast intermodal (16% of revenue) transportation. I see this as a long-term growth business. Global ocean trade is sure to expand. I expect more highway freight to move to rails amid high fuel prices and truck driver shortages. (Rail shipping is less expensive than trucking for long distances. It is four times more fuel efficient per ton-mile.)

For the short term, the macroeconomic backdrop dogs the railroads, as it dogs just about everyone these days. Railroad fortunes are tethered to economic activity. Slow growth or contraction has been the norm each month through 2022.

The prospect of a slowing economy weighs on investor sentiment. Railroad stocks trade at 20%-to-25% discounts to their 52-week highs. CSX trades at the higher end of the discount. Its shares are down 25%.

Value and price go hand in hand. I see CSX as the best value in the railroad group. For one, it’s the cheapest. CSX trades at only 16.5 times earnings. All the other major railroads trade between 18.5 times to 24.5 times earnings. CSX shares also trade at the lowest multiple to free-cash flow of the group.

One specific concern weighs on CSX more than the other railroads, and that’s coal and petrochemicals. Both generate a larger percentage of revenue for CSX than they do for the other railroads. The Biden administration’s desire to faze out coal, in particular, is a lingering concern.

A lingering concern, but an exaggerated one. Coal will be with us for decades to come because of insatiable electricity demand. And the Supreme Court recently buttressed coal’s future by limiting the power of the Environmental Protection Agency (EPA) to demand electricity generators shifts away from coal.

The issues that weigh on the market today won’t weigh on it tomorrow. Consistent growth — in the economy and railroad volumes — will return. Higher railroad valuations and higher share prices will return.

The best investment opportunities arise when temporary discounts prevail. CSX is the most discounted and the most value-priced of its peers. I am confident — given the quality of the management team and its growing market — CSX will sooner than later receive the industry average P/E multiple of 20. Based on expectations of $2.00 per share next year, that puts my target price target at $40 — a 34% premium to the price today.

If you can buy a well-moated, well-run company at a discount, you should consider buying. These rare companies have the potential to generate wealth better than most companies, and better than the market in whole.

A long-term investment in CSX or the S&P 500? It’s no contest. We haven’t discussed widow-and-orphan stocks, but, yeah, CSX is one of those, too. And that’s just another reason to buy.